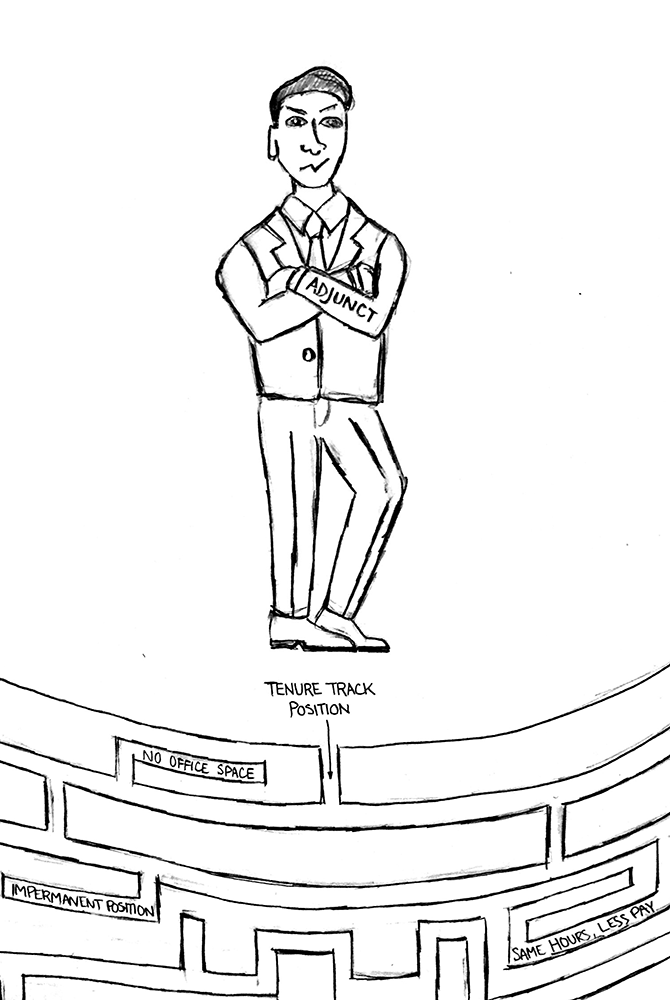 Colleges and universities nationwide are in the midst of an adjunct crisis, coinciding with skyrocketing operating costs and burgeoning student debt in higher education. Numerous studies suggest that the quality of student education is negatively impacted by the instruction of adjunct professors. This does not bode well for Georgetown, where 54 percent of undergraduate professors are adjunct.

A recent study published by Educational Policy demonstrates, through no fault of their own, that adjuncts are often forced to take on unrealistic, heavy teaching loads because of dismal financial compensation — the national average stands at $2,700 per semester-course. At Georgetown, this potentially hinders their ability to adequately prepare for instruction and engage in responsibilities outside of the classroom, such as holding regular office hours, advising students, writing letters of recommendation and engaging in independent research.

Adjunct professors at Georgetown organized a successful campaign two years ago to form a union, voting overwhelmingly in support of union representation during the election process. Thus was formed the Service Employees International Union Local 500. The collective bargaining agreement resulted in a negotiation with the university in the fall of 2014 that saw improvements for adjuncts, including a higher floor for adjunct compensation rates and formalization of rights in the workplace.

Although conditions for adjuncts at Georgetown have improved, there is still more that the university can do to ensure quality education for its students and the dignity and well-being of its workers. A starting point is using some of the $500 million designated for faculty and academic excellence from the “For Generations to Come” capital campaign to provide better resources that can be used by adjunct professors. Designating offices where instructors might hold regular office hours and funding adjunct research are good starting points.

It is not enough to recruit more faculty and invest in buzzwords like “innovation” and “interdisciplinary” — Georgetown needs to prioritize the improvement of the quality of adjunct positions. As an institution of higher education, the quality of our faculty is not where we should be seeking to cut costs.