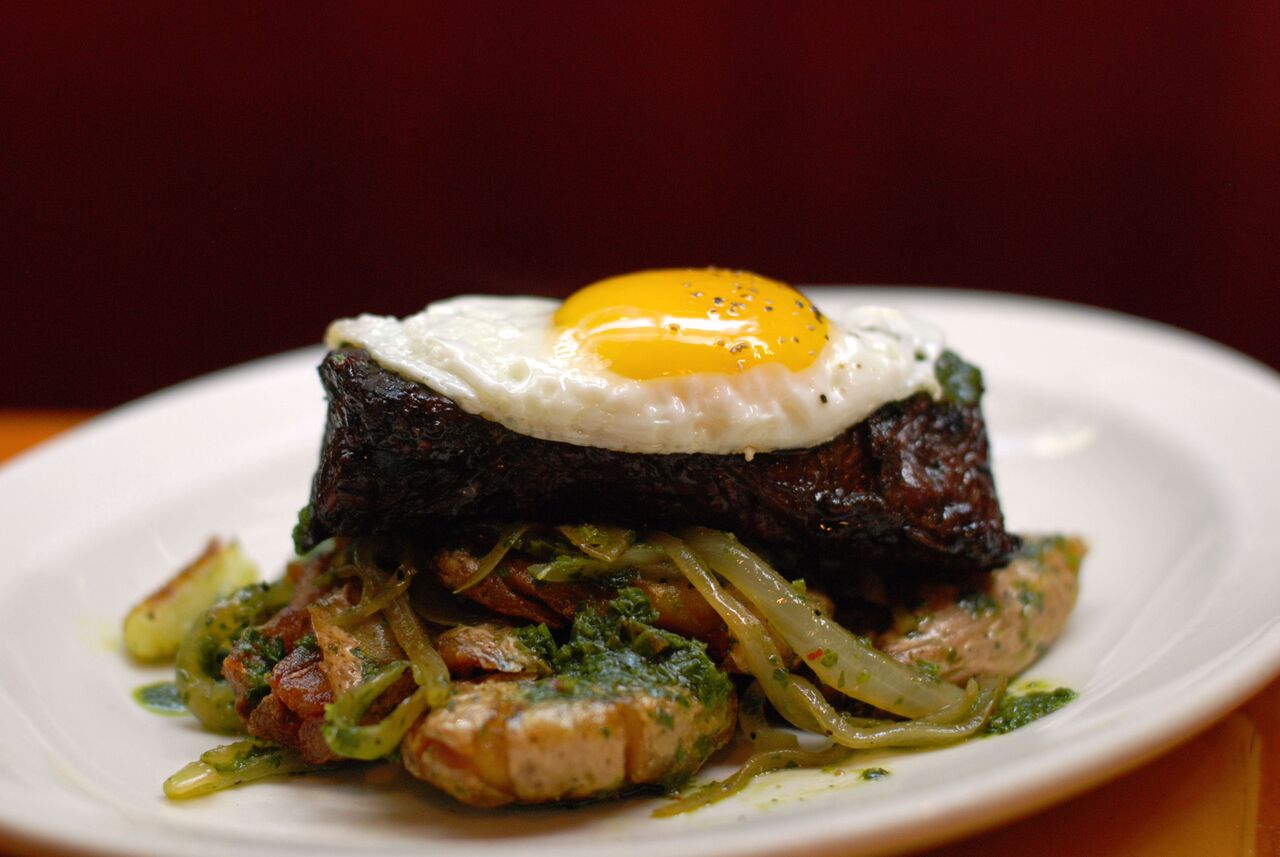 When The Tombs reopens after its three-month summer hiatus on Tuesday, returning patrons can expect to find the classic Georgetown locale largely unchanged, save for some fresh lacquer, new leather banquettes and a few extra menu items.

But the $2 million renovation, which shuttered the bar and its affiliated upstairs neighbor — 1789 Restaurant — since June, oversaw seismic restructuring behind the scenes, including a fixed roof, revamped air conditioning unit and a refurbished kitchen complete with new appliances.

The Tombs and 1789 General Manager Rich Kaufman (SFS ’05) said the repairs mainly addressed water seepage from a leaky roof into the neighboring F. Scott’s restaurant, but soon spiraled into a larger project intended to expedite service and improve food quality. F. Scott’s, which only hosts private events, is scheduled to merge with 1789 Restaurant next summer.

“Summer is always our slowest time of the year, and as soon as we had our alumni reunion weekend, which is our last big mob, we shut it down and we had a crane here the next day taking equipment off the roof,” Kaufman said.

Kaufman also said he hopes the renovations will improve their service.

Among the new dishes to debut are a fried chicken sandwich and a brussel sprout salad, which will join longtime staples like the Hoya salad and chicken #1 on the menu.

The Tombs will also implement cheaper prices for many of its beers, including locally sourced brands like DC Brau. Specials include $3 bourbon on Monday nights and $3 vodka on Wednesday nights.

“I didn’t drink a lot of $7 beers when I was in college, so I felt we needed to know our audience and make it their place,” Kaufman said. “I really want this to be a place where students or locals can hang out seven days a week, even if just for a beer for two or three or four bucks. There aren’t a ton of college hangout bars left in the area, and when I went to school here, I had a ton more choices on M Street than there are now.”

Although The Tombs and Georgetown University are not officially affiliated, the bar’s existence since 1962 is deeply embedded in campus culture. The establishment is frequented by famous alumni including former President Bill Clinton (SFS ’68) last year, and is reportedly a favorite of 2016 Olympic swimmer and Bethesda native Katie Ledecky.

The Tombs hosts several university-centric events throughout the year, including the popular 99 Days Club, which challenges seniors to attend the bar every day for the last 99 days before their graduation.

1789 is better known as a fine dining destination noted for its upscale fare, though both are jointly operated by the Clyde’s Restaurant Group, which owns 14 restaurants in the Washington metropolitan area.

Georgetown Business Improvement District’s Economic Development Manager Jamie Scott (COL ’10, GRD ’14) said The Tombs’ and 1789’s status as Georgetown institutions has permitted them to weather the soaring rent prices that have driven other restaurants from the area over the past decade. As a former student and employee at the university, Scott noted the indelible mark of The Tombs on the community.

“It’s a popular destination, as an institution and a tradition very specific to Georgetown, both to the university and neighborhood as well,” Scott said. “I went there as a student when I was 21, and when I was not — I’ve done it all. It has a very special place in Georgetown.”

During the renovation, employees of both The Tombs and 1789, including waiters, chefs and managers, were offered temporary positions in other establishments in Clyde’s Restaurant Group. Liv d’Aliberti (COL ’17), who has worked at the Tombs since her freshman year and is now a “top gun” tasked with training new staff, plans to employ the skills she learned working at the downtown Old Ebbitt Grill over the summer in her new role as a senior bartender at The Tombs.

“When I heard The Tombs was going to be closing for the summer, my first thought was ‘What am I going to do?’ It’s been a huge part of my life. I hang out there every other day, even when I’m not working, and suddenly the place where I got to hang out and eat and be with people I know is closed,” d’Aliberti said. ”There’s so many people I used to see: students, staff, alumni, again and again, and I haven’t seen any of those people for three months, and to be perfectly honest, I miss them so much. I’m sure they do, too.”

Scott Dennis (COL ’17), another top gun at The Tombs, said the anticipation for the reopening runs rampant among both students and staff, and particularly by those who are both.

“The people who are on the floor who are both students and employees have been waiting all this time going, ‘Ugh, when is The Tombs going to reopen, when are we going to be able to go back again?’ and I think there were a lot of birthdays and celebrations that were missed over the summer that we can make up over the weekend when we come back this fall,” Dennis said.