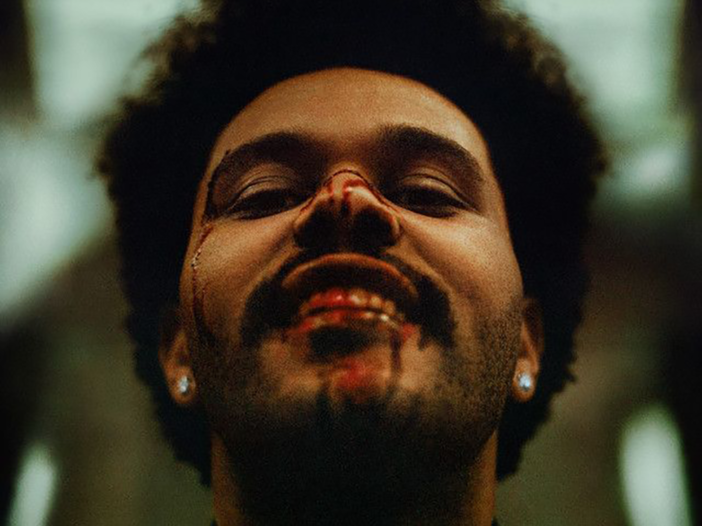 Featuring heavy influences from 80s pop and psychedelic, The Weeknd’s impassioned vocal delivery and atmospheric beats on his fourth studio album, “After Hours,” headline an awe-inspiring project that serves as a culmination of a decade of artistry.

Canadian singer The Weeknd, born Abel Tesfaye, broke out into the mainstream in 2011 with a trio of innovative mixtapes — “House of Balloons,” “Thursday” and “Echoes of Silence” — that featured moody crooning over dark, simple production. These releases and his budding friendship with fellow Canadian musician Drake positioned the singer as one of the rising voices in alternative R&B, with singers Frank Ocean and Miguel.

Tesfaye quickly switched gears and became one of the world’s preeminent pop stars in the middle of the decade with albums like 2015’s “Beauty Behind The Madness” and 2016’s “Starboy,” boasting six top-10 singles and features from icons including Ed Sheeran, Kendrick Lamar, Future and Daft Punk. While well received and immensely popular, The Weeknd had pushed his sound toward pop and electropop, away from his underground, R&B roots.

“After Hours” marks Tesfaye’s first full-length album since his rise to immense stardom. The 2018 EP, “My Dear Melancholy,” hinted at a return to earlier form for Tesfaye as the atmospheric production and heart-wrenching delivery he had pioneered was present throughout. This EP, while not as well received as his pop albums from 2015 and 2016, marked a new era for the artist after his breakup with pop starlet Selena Gomez.

The teaser tracks from “After Hours” hinted at the balance The Weeknd was attempting to achieve between his underground roots and recent mainstream superstardom. The album’s lead single, “Heartless,” was produced by famed trap producer Metro Boomin and released alongside a visual filmed on Las Vegas’ Fremont Street. It features a bumping, hi-hat-heavy beat from Metro and a signature breathy and impassioned delivery from Tesfaye, calling back to his earlier work.

However, one of the other teasers, “Blinding Lights,” offers a synthwave and electropop sound that would fit right in on “Starboy.” The track was co-written by famed Swedish songwriter Max Martin who worked with Tesfaye on his first number one hit, “Can’t Feel My Face,” and has collaborated extensively with other pop stars like Ariana Grande and Taylor Swift. Martin’s influence lends itself to the instantly captivating hook on the track, which has catapulted the song to the top of the Billboard charts and inspired a trend on the video-sharing platform TikTok.

Martin has credits on five tracks across the album, including standout track “Hardest To Love.” This track also features an earworm hook with lyrics reflecting on The Weeknd’s inability to sustain a committed romantic relationship, a theme seen throughout the lyrics. Despite these tracks’ clear pop influence, The Weeknd innovates and differentiates his sound far beyond his more recent pop roots.

Tracks like “Blinding Lights” and “Hardest To Love” are the exceptions to the overwhelmingly moody and atmospheric album that Tesfaye crafted. Each track on the LP features production from Tesfaye himself, creating a more grounded and personalized sound few R&B or pop singers can achieve today.

Additionally, Tesfaye recently played a supporting role in Benny and Josh Safdie’s 2019 film, “Uncut Gems.” The film, starring Adam Sandler, is noted for its unrelenting thrills and grimy undertones. The producer of the film’s soundtrack, OPN, also plays a role in the production of the album, granting the tracks their dark, emotional sound.

The best tracks on the album are the ones that fit The Weeknd’s original sound from the early 2010s. “Snowchild” offers some of the punchiest, reference-laden bars of Tesfaye’s career. Figures name-dropped on the track include science fiction writer Philip K. Dick, trumpeter Dizzy Gillespie, rapper Jay-Z and actor Patrick Swayze and Swayze’s role in the 1987 film, “Dirty Dancing.”

“Snowchild” also offers many references to expensive brands and California life, notably interpolating a lyric from one of his breakout songs “The Morning (House of Balloons).” On the original track, Tesfaye sings, “Cali is the mission/ Visit every month like I’m split life livin’.” On “Snowchild,” he raps, “Cali was the mission/ But now a n***a leavin’,” showcasing his rise from unknown underground singer to superstardom across only a few years and his increasing disinterest in all that comes with that fame.

The following track “Escape from LA” offers similar sentiments with Tesfaye singing about the deceitful nature of many of the women in Los Angeles who only care about fame and influence.

The continued disenchantment with the Los Angeles lifestyle that Tesfaye professes manifests itself in the sound of the album. “After Hours” is The Weeknd’s most true-to-self album to date, offering personal lyrics that have been absent since he hit the mainstream at the beginning of the decade and atmospheric production that only appeared in spots on his more popular albums.

The pop seeds that were sewn in The Weeknd once he made it to Los Angeles, however, also flourish on the record. The hooks are incredibly strong and The Weeknd’s singing voice has only improved and matured with time.

“After Hours” offers an idealized sound from The Weeknd that he has been aiming to achieve since reaching superstardom. Across the entirety of the tracklisting, the perfect balance achieved between chart-topping pop vocals and fan-favorite alt-R&B cuts coalesce into a genre-bending sound. Tesfaye’s decade in California has transformed his sound into one of the generational voices of the music world and gracefully positioned his voice and style to flourish and further adapt across the next decade, wherever that may be.