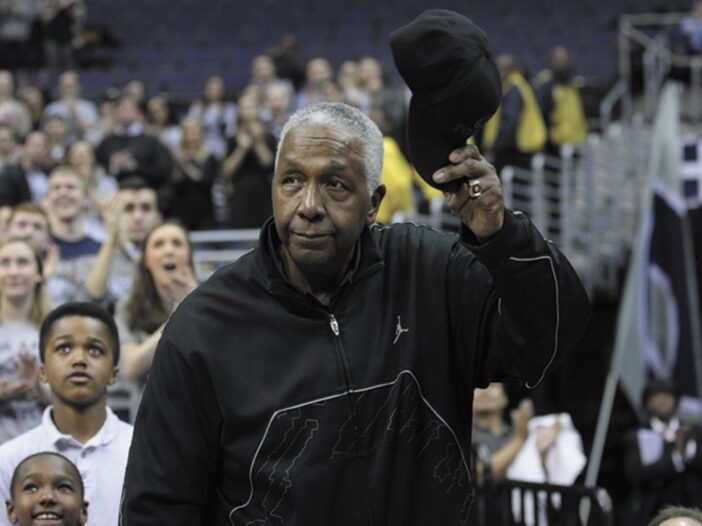 Georgetown basketball coach John Thompson’s walkout protesting the National Collegiate Athletic Association’s (NCAA) Proposal 42 has sparked intense debate over the proposal and has caused one of its main proponents to reconsider his position.

Proposition 42, an extension of already-controversial Proposition 48, was passed at the NCAA’s annual convention last week. Proposition 48 holds that to compete as a freshman, student athletes must earn a 700 on the SAT and achieve a 2.0 grade point average. Proposition 42 adds that’s if an athlete does not mean Proposition 48’s guidelines, he or she may no longer receive scholarships.

Harvey Schiller, commissioner of the Southeastern Conference that sponsored the proposal, said that he is willing to discuss the merits of the rule and possibly change it, according to an article in yesterday’s Washington Post.

Thompson’s highly publicized protest against Proposal 42 was outlined in a press release Friday. It stated that, starting with Saturday’s game against Boston College, Thompson would “not be on the bench in an NCAA-sanctioned Georgetown basketball game until I am satisfied that something has been done to provide these student-athletes with appropriate opportunity and hope for access to a college education.”

“They say in [Proposal 42] that if a kid does not get the scholarship, he can get other government aid,” Thompson said. “But what they don’t say is presently in the books of the NCAA there is a rule that says a recruited athlete cannot receive other institutional aid. Maybe that was forgotten by someone. But maybe we need to bring that to [people’s] attention.”

Thompson declined to be more specific about what needed to be done or how long this protest would last, saying only that it could take up to a year. Thompson added that “[I] didn’t want to give anybody any ultimatums. I just want to see what direction this thing is going in.”

Thompson said that although the majority of the athletes affected would be black, he did not want to make this a racial issue. “If I jump up and holler `racism,’ everyone loses sight of the issue and focuses on the words that I use,” he said. When asked if Proposal 42 would have a greater effect on blacks, Thompson replied “De facto, it will.” Thompson added that he felt he had “a moral obligation with what I believe in and with what I coach for” to protest.

In an interview on WTTG-TV’s “Sports Extra,” he said, “I’m not interested in putting a timetable on it, but it’s something that is very serious. It’s a vast distinction to me between a basketball game and what I am interested in with this.”

Thompson said the protest was designed “to bring attention to something that I think is a tremendous tragedy. I have every intention of talking to other people while I am in the form of this protest to try to identify what the reason for some of it was and also to try to get it changed in whatever sensible, reasonable manner I feel I am able to.”

“What I hope to do is to bring attention to the fact that [Proposal 42] is very much discriminatory,” Thompson continued. “I’m beginning to feel like the kid from the lower socio-economic background who has been invited to dinner, had dessert, and now is being asked to leave.”

“It is easy for [someone] to say that a kid doesn’t belong at Georgetown, but he never says where he belongs,” Thompson said. “People are excluding young people [from lower socioeconomic classes with Proposal 42] without providing a substitute. Athletics have always been used to alleviate some injustices, but eventually we’re going to have to build Lorton [a federal penitentiary] a lot larger if we [continue to] go in the direction we’re going in.”

Thompson’s peers have expressed strong support of his decision. American University coach Ed Tapscott called Thompson’s actions “statesmanlike.” Even Thompson’s former nemesis, coach Paul Evans of Pittsburgh, applauded the move. “I think it’s terrific that somebody is finally standing up and doing something.” Evans proceeded to call Proposal 42 “the most racist decision I’ve ever seen made,” according to a Jan. 14 article in The Washington Post.

After Saturday’s game with Boston College, Jim O’Brien, the Eagles head coach, called Proposal 42, “a fiasco” and added, “I support Coach Thompson 100 percent. It is to his credit to stand up and make a statement which many other coaches feel strongly about.”

“John Thompson was hired as an educator, first and foremost,” Rienzo said. “Coaching the team is one of his responsibilities, but he is here to provide an education. There are some things that are much more important that basketball. I would think that social justice is more important here.”

Editor’s Note: This article originally ran on Jan. 17, 1989. Mark Chubb is a former senior sports editor of THE HOYA.