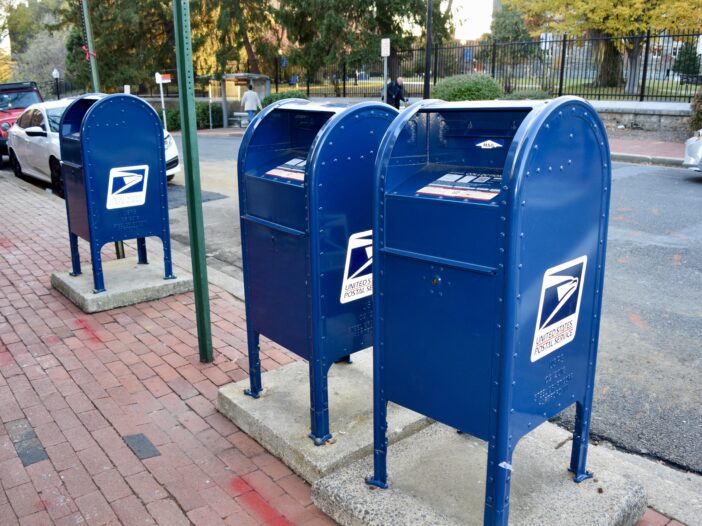 An audit revealed over 11% of mail-in ballots were returned as undeliverable in Washington, D.C., during the 2020 general election.

The Office of the District of Columbia Auditor released “District of Columbia 2020 Election Administration” Nov. 16, the second of three reports evaluating the 2020 elections in the District. The audit details how changes the D.C. Board of Elections (DCBOE) implemented in response to the COVID-19 pandemic impacted the election process and voting patterns.

“There are multiple explanations, starting with the fact that D.C. is an incredibly transient city,” Jacobs said in a phone interview with The Hoya. “People are moving in and out all the time. They’re moving around within the city, and so it’s just a factor of that.”

The comparatively high number of undeliverable ballots is due to outdated registration and address information used by the DCBOE to mail ballots to each registered voter, according to the audit.

The DCBOE conducts a canvas after each election to confirm voters’ information and addresses to try to avoid undeliverable ballots as a result of outdated personal information, according to Jacobs.

“We certainly do not accept it, and we want our voting rolls to be as current and accurate as possible,” Jacobs said. “That is reflected in the fact that one of the core components of our messaging is always encouraging voters to double-check their information and make sure it’s as current as possible.”

When voters neglect to update their address, universal mail-in ballots are ineffective, forcing voters to find alternative ways to cast their ballot and defeating the purpose of encouraging absentee voting to protect the health of voters and election workers, according to Jacobs.

“It is incumbent upon the voter to return those mailers and confirm their information,” Jacobs said. “Unfortunately, that doesn’t always happen there too. That’s reflective of the numbers that we saw in 2020 that despite our best efforts in the last election and the canvas right after that, voters don’t always take it seriously.”

The pandemic forced the DCBOE to adapt its voting methods for the 2020 election, shifting from prioritizing in-person voting to encouraging mail-in and drop-off options to protect the health of both voters and election workers.

During the 2020 primary election, DCBOE received a record high of over 90,000 absentee ballots, leading to difficulties processing ballots, staff shortages and long lines at polling centers. In an effort to increase accessibility for the general election, an act passed by the Council of the District of Columbia requiring the DCBOE to mail every registered voter an absentee ballot and postage-paid return envelope in advance of the Nov. 3 election went into effect in December 2020.

One of the most effective ways to avoid a high number of ballots being returned as undeliverable in future elections is for voters to check their registration and confirm the correct addresses, according to Jacobs.