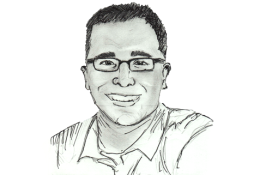 For a moment, the “clear and convincing” evidentiary referendum brought the student body and its elected government together in support of a common goal. Yet I fear, in the end, that efforts undertaken by the Georgetown University Student Association alone will be insufficient. Not until students develop a culture of self-advocacy and mutual assistance will we succeed in steering the university in the short term toward lasting change.

Let me first make one thing clear: Georgetown is not a democracy. It is an idea that bridges centuries of intellectual and moral pursuits with the students and faculty who now write its current chapter. For now, the administration dictates how to enact this idea, with an eye for the long run. But administrators by no means enjoy a monopoly on dictating the spirit of Georgeotwn, and Georgetown students are not merely stuck with the Hilltop they found on the first day of their freshman year.

Allow me to draw a parallel. Millions of immigrants came to the United States in pursuit of opportunity, prosperity and education, not Jim Crow, the Vietnam War or skyrocketing rates of incarceration and national debt. The America we know today was built by newcomers with bold ideas and passions often outside the mainstream — Catholicism being one of them, university education being another.

Not all ideas are perfect, but you take the bad with the good and work to make it better. It’s high time we put authoritarian take-it-or-leave-it logic to bed and get back to ignem mittere in terram — “set fire upon the earth” — which lies at the center of Jesuit philosophy.

Ironically, but perhaps not by accident, the struggle for change is an essential part of the Georgetown experience. University policy — for all its outdatedness, legal hurdles and stubborn bureaucracy — hones the skills of student leaders. If the university’s idea of cura personalis means tough love, then maybe the lesson is to give tough love right back.

In the meantime, this allowance has its limits. Every year, ill-conceived rules and non sequiter punishments cause students irrevocable harm. Victims are denied justice and subjected to a system that does not sufficiently protect or advocate on their behalf. Sexual assaults, relationship violence and cases of bias too often go unreported, unanswered or experience the pitfall created by the “more likely than not” standard. Students threatened in these ways inhibit any experience of learning or growth.

Legalism and bureaucracy inhibit the pursuit of justice everywhere. At Georgetown, the problem lies in the administration’s perception of discipline and its willingness to penalize students for a violation they only “more likely than not” committed. In fact, the Code of Student Conduct itself teases us with the philosophy that would serve to holistically repair the entire regime, stating: “The mere observance of rules, however, without the cooperation and personal appropriation of the values they protect, falls short of what Georgetown hopes for everyone who is part of the campus community.”

GUSA can urge that Georgetown alter the language for burden of proof, but until the code is used to protect students, rather than prosecute and punish them, we will see little substantive change.

Out of all the concerns plaguing the student body, apathy is our greatest enemy. GUSA is an institution for advocacy, and I am committed, along with my senate peers, to do this work on behalf of students. Not everyone agrees with GUSA’s policies, and that is perfectly fine. From groups in the Center for Social Justice to Students of Georgetown, Inc., there are plenty of organizations for students to cut their advocacy teeth on injustices in the surrounding community.

Consider a concept from Plato’s “Republic:” “What is writ small on the soul is writ large against the sky.” Georgetown reflects the world we prepare for every day, in the best ways and some of the worst. Stand up for your neighbor. If someone is disrespectful, challenge him. If a policy is wrong, make it right. Whatever you do, do something.

Nate Tisa is a junior in the School of Foreign Service. He is transition chair of the GUSA senate. CONTEMPLATION IN ACTION appears every other Friday.