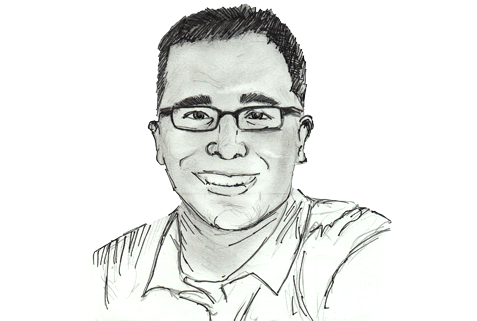 When the university announced concessions regarding the 2010 Campus Plan in June, the student body felt the sting of something like betrayal.

The university conducted its negotiations in secret. Students were excluded. Legal objections to restrictions on enrollment and student off-campus life, long held by the university and supported by students, were abandoned.

For many students, the agreement represents a full reversal of Georgetown’s commitment to defend our city-wide rights and reputation. Student comments cited — forgive me — Padmé Amidala’s invective in “Star Wars: Episode III”: “So this is how liberty dies: with thunderous applause.” As The Hoya’s Editorial Board concluded on June 22, “It is impossible to view this recent agreement as anything but a defeat.”

By all accounts, the final version of the campus plan has been received as a loss for students. But we don’t have to accept this conclusion.

The agreement is certainly a blow to student rights and reflects the broken reality of urban politics in the United States. Current and future students will have to navigate the legal and philosophical problems arising from its assertions. In the meantime, however, we live in a practical world. With the right attitude, the campus plan agreement may just be the best thing that ever happened to undergraduate life at Georgetown.

The university has responded to student dissent with an all-out campaign to win back our approval, trumpeting late-night food trucks and relaxed requirements for party registration. Although an encouraging start, this “bread and circuses” approach reveals much deeper issues at stake here.

If party registration is not necessary to secure student safety, why was the system ever put in place? What other unpopular rules and regulations will be deemed unnecessary, now that the system has been thoroughly shaken? The campus plan agreement has opened the floodgates, and it is an exciting time to be a Georgetown student.

This process proved that the student body needs to become an effective third party in the university-neighborhood dynamic. Supporting university interests failed to secure our own, and it is time we advocated for our own vision, even when it diverges from the administration’s.

Social change is now afoot on campus. Now, for the first time since the strict keg bans and party limits in 2007, social policy is back on the table. Everyone stands to benefit from bringing parties back to campus, where they are contained and safer. The ANC handed us a golden calf when it included a clause supporting “impromptu parties” and campus-oriented social life in the final agreement this June.

Likewise, reduction in the off-campus student population is a short-term defeat with the potential for long-term benefits. Administrators will be forced to confront long-festering student demands for a more responsive facilities department. Seniors will no longer be forced to undergo the grueling process of finding and contracting and dealing with landlords who are often dictatorial and fail to follow the law. Members of the LGBTQ and larger Georgetown community, now forced to go off campus for mixed-gender housing options, are in a better position to request them on campus.

The 2012 agreement is what we make of it. This year, it’s up to the student body to put forth a coordinated effort to squeeze every drop we can from the new arrangement. GUSA must address this issue directly and with bold action. Every student must stay informed and active as Georgetown enters a period of holistic self-assessment and redefinition.

We may disagree on specifics, but students and the university share fundamental interests. After all, that is why we became Georgetown students in the first place. The generational, cultural and value gaps that separate us from policymakers create experiences of learning and growth for all involved.

The next few years may very well set the tone for coming decades on the Hilltop. Let us be sure to set a tone that keeps our alma mater vibrant for generations to come.

Nate Tisa is a junior in the School of Foreign Service. He is transition chair of the GUSA senate. CONTEMPLATION IN ACTION appears every other Friday.