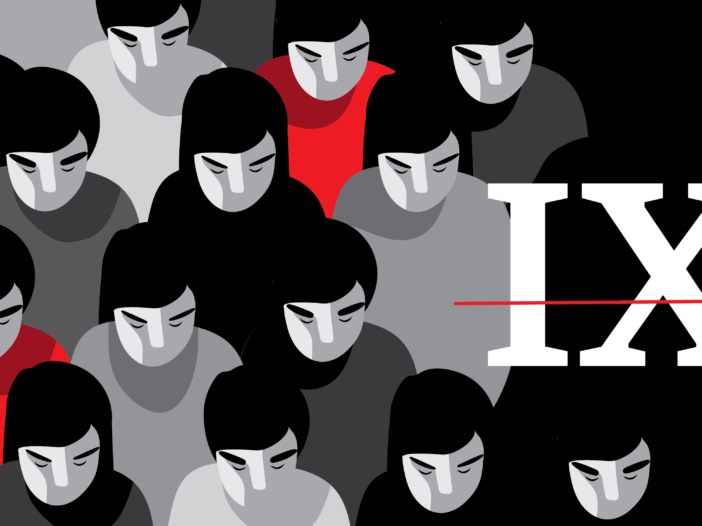 This article discuss sexual assault on campus. Please refer to the end of the article for on- and off-campus resources.

Georgetown University updated its sexual misconduct grievance procedures Aug. 14 to conform to new binding federal Title IX guidelines the U.S. Department of Education put into effect. This article will explain what the new federal regulations mean at Georgetown and how the complex Title IX process operates.

The change in policy has wide-ranging implications for student survivors on a campus that has seen consistently high rates of sexual harassment and assault. Of Georgetown undergraduates, 31.6% of women and 11.6% of men reported experiencing nonconsensual sexual contact since entering college, according to a 2019 climate survey conducted by the university. These rates are comparable to results of the 2016 survey.

Georgetown’s reported rates are also higher than the average of the American Association of Universities, which designed the survey and comprises 33 universities. The AAU average showed 25.9% of undergraduate women and 6.8% of men have reported experiencing nonconsensual sexual contact while in college. Georgetown’s sexual assault complaint process has come under criticism from student survivors, some of whom have shared their stories anonymously in The Hoya.

The Department of Education’s New Guidelines

Whether a case is governed by the new or old federal policies depends on when the incident occurred, not when a complaint is filed. The new policies only govern incidents that happened after Aug. 14.

The scope of Title IX is additionally restricted to misconduct that occurs on campus or in a Georgetown-run education program within the United States. This restriction means that harassment or assault that happens at an off-campus residence or during a study abroad program is no longer governed by federal Title IX rules. Survivors’ cases that do not fall under the new scope of Title IX will go through separate existing grievance processes at the university.

For cases that fall under the new scope of Title IX, the complaint and adjudication process resembles court procedures. Federal guidelines mandate that hearings be conducted live and that survivors will be cross-examined by the perpetrators’ chosen adviser, who could be anyone from a friend to a lawyer.

The mandated cross-examination has come under heavy criticism from experts on sexual misconduct policy and survivor-centered advocacy groups like Know Your IX. The cross-examination process, during which the perpetrator’s adviser can undermine the survivor’s credibility, comes with a significant risk of retraumatizing the survivor. The policy of mandatory cross-examination also deters survivors from reporting their cases.

For the cross-examination, Georgetown is obligated to provide an adviser if the survivor or perpetrator does not have their own, according to a university video. The adviser can be a lawyer but does not have to be under federal guidelines.

A university-provided adviser would have knowledge on how to conduct cross-examinations, according to Samantha Berner, Title IX coordinator and director of Title IX compliance.

“In order to serve as an advisor for purposes of cross-examination, the individual will need to have training in how to conduct cross-examination, how to avoid conflicts of interest and bias, and be familiar with the University’s sexual misconduct policies and procedures,” Berner wrote in an email to The Hoya.

The DOE’s new guidelines also allow informal resolutions, including mediation or restorative justice procedures, during which parties could meet together or separately with a facilitator. Parties can then come to an agreement that may “include items such as apology letters, agreement to a No Contact Order, restriction of access, and/or education related to the offense,” according to the university’s Sexual Misconduct Policies and Procedures.

Mediation, usually a confidential process, rarely results in punishment, even when the perpetrator admits to guilt. The process can exacerbate the power imbalance between perpetrators and survivors and can potentially further traumatize survivors, according to Know Your IX.

When the Title IX office receives a report, whether from a mandatory reporter, a survivor or another source, the report does not automatically initiate the formal complaint process, according to the university’s website. After receiving a report, the Title IX office will contact the survivor to offer on- and off-campus resources and explain the possibilities for filing a complaint. The survivor does not have to take any additional action.

If a survivor chooses to file a complaint with the Title IX coordinator, the Office of Student Conduct, which is responsible for student disciplinary matters, will first issue a “No Contact Order” between the two parties, according to the university’s Sexual Misconduct Policies and Procedures. The order would prohibit all contact between the survivor and the alleged perpetrator.

Once the complaint is filed, the survivor is entitled to have an adviser with them at all points in the case, including interviews with the investigator and the hearing. The survivor is only guaranteed an adviser by the university during the cross-examination of a case that falls under new Title IX definitions.

“We have many on-campus resources, including confidential counselors, as well as connections to refer students to resources external to the community,” Berner wrote. “In terms of legal representation, it is our practice not to make direct referrals to particular law firms and instead allow individuals on their own to decide whether they want to engage an attorney and, if so, choose the firm they’d like to represent them.”

After receiving the complaint, the Title IX coordinator will review the case and determine if the incident the survivor describes falls under the new Title IX definitions, according to Berner.

Unless the alleged perpetrator accepts responsibility for the actions the survivor described, the case will move on to an investigation period. Georgetown’s Title IX investigator, who is responsible for gathering relevant evidence, will conduct interviews with both parties and witnesses. The investigator will then submit a report with all relevant information, but they will not make a recommendation on whether a violation of the Student Code of Conduct has occurred.

The final investigative report is shared with the OSC and both parties under strict confidentiality rules: The parties may only share the report with their adviser and parents. A violation of confidentiality can potentially trigger a Student Code of Conduct violation that will be adjudicated separately, according to university officials. Both parties have the opportunity to submit a written response to the report within 10 days.

A hearing panel will then be assembled to review the information and conduct a live hearing. Hearings for Title IX cases will include cross-examination, while hearings for other sexual misconduct cases will not.

The hearing panel usually consists of three people who have been trained on university policies, the effects of trauma and other topics related to sexual misconduct, according to university officials. The panel is usually one student and two faculty or staff members.

While the hearings are being conducted virtually during the COVID-19 pandemic, the panel only consists of faculty and staff because of concerns about sharing confidential information with students on their personal devices, according to university officials.

After the hearing, the panel will decide whether the alleged perpetrator is responsible for a violation of the Student Code of Conduct by majority vote. Both parties are able to appeal the decision through an entirely written appeals process.

If the perpetrator is ultimately found responsible, sanctions likely include suspension or dismissal, though there are no mandatory minimum sanctions.

Resources: On-campus resources include Health Education Services (202-687-8949) and Counseling and Psychiatric Service (202-687-7080); additional off-campus resources include the D.C. Rape Crisis Center (202-333-7273) and the D.C. Forensic Nurse Examiner Washington Hospital Center (844-443-5732). If you or anyone you know would like to receive a sexual assault forensic examination or other medical care — including emergency contraception — call the Network for Victim Recovery of D.C. at 202-742-1727.  To report sexual misconduct, you can contact Georgetown’s Title IX coordinator at 202-687-9183 or file an online report here. Emergency contraception is available at the CVS located at 1403 Wisconsin Ave NW and through H*yas for Choice. For more information, visit sexualassault.georgetown.edu.