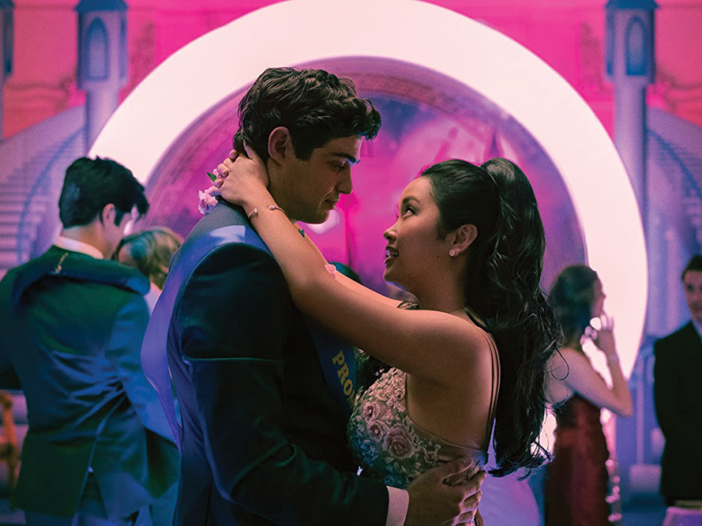 Girl and boy plan to go to college together. In a twist of fate, girl falls in love with New York City instead, thousands of miles away. The premise of “To All the Boys: Always and Forever” is nothing new, but the movie offers just the right dose of romance for Valentine’s Day, peppered with feel-good comedy while simultaneously providing a valuable example of Asian American representation.

The final installment of the Netflix original film trilogy kicks off with the Coveys taking a family trip to South Korea, where Lara Jean (Lana Condor) and her sisters learn more about their late mother’s homeland. Meanwhile, Lara Jean is also anxiously waiting to hear from Stanford University, where her boyfriend Peter Kavinsky (Noah Centineo) is going to play lacrosse.

When Lara Jean gets rejected from Stanford, she is faced with a choice: go to UC Berkeley to be closer to Peter or New York University to live in a city she has just fallen in love with. As college decisions loom over the high school seniors, Lara Jean and Peter’s relationship is suddenly thrown into question as well.

Condor and Centineo’s final reprisal of their roles brings back the genuine romance that was sorely lacking in the second film of the series, “P.S. I Still Love You.” The couple cannot get enough of each other and act as if they just got together, yet the actors simultaneously do a stellar job of portraying the comfort the two characters feel in the relationship by carrying conversations with ease.

All the elements of a classic rom-com romance are present in “Always and Forever,” from the couple’s elaborately-planned matching bowling outfits to the film’s meta recreation of the viral napping photo of Condor and Centineo from 2018. Even when the content takes a more serious turn, Condor and Centineo portray unwavering respect and love for each other’s characters, despite the frustrations and internal conflict the teens experience.

Kitty (Anna Cathcart), Lara Jean’s younger sister, once again plays an indispensable part in the movie. From making snarky comments to Lara Jean to asking Peter how to text with a boy, Kitty’s appearance always brings laughter and injects energy into the scene. Kitty has grown up to be as tall as her older sisters, but Cathcart still depicts the little girl audiences have known and loved since 2018.

Although the sparks between Lara Jean and Peter make “Always and Forever” an admirable rom-com, the trilogy finale is particularly successful in creating a new model for Asian American representation in rom-coms. As one of few Asian leads in a popular romantic comedy series, Condor’s character proudly embraces her Asian identity but is not solely defined by it.

Lara Jean has the common diasporic experience of feeling disconnected from her heritage and not belonging in her mother’s homeland. At the same time, she is just a quirky high school girl who writes love letters and does not have the tropey strict Asian parents.

One scene that was especially affirming of Lara Jean’s Asian American identity was when she showered Peter in gifts upon her return from South Korea. Peter received the gifts enthusiastically and, without much ado, used a Korean beauty face mask.

This interaction, while small, sends an important message that Asian culture should not be exoticized. Lara Jean, an Asian girl, did not have the burden of explaining “her culture” to Peter, a white boy. Here, Lara Jean’s Asian American experience is not defined by the struggle of explaining Korean products in a way acceptable to white America. Instead, she simply gets to share the treasures of her trip with her boyfriend like any other teenage girl.

“To All the Boys: Always and Forever” neatly ties together genuine romance and solid representation to make for a perfect Valentine’s treat for the audience. And for the cherry on top, we get a new kind of Asian American representation that centers on the characters’ joy instead of their struggles in being Asian in America.