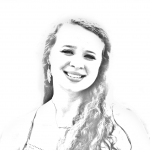 The Republican party seems more dysfunctional than usual as of late, from difficulty passing a bland transportation bill to the farcical polling lead of Donald Trump.  Nothing reveals the fissures within the party more clearly than the recent dissention of Rep. Mark Meadows (R-NC), a very conservative party member who, Tuesday night, tendered a motion to banish Speaker John Boehner from his throne.

He did so in the name of a “family conversation,” a political move to force Boehner to listen to the conservative representatives’ ills. Meadows made his move in such a way that the motion will have to meander through the courts like any regular bill – in other words, it will be summarily dismissed by the time it finally ends up in a place of action.

However, what’s more interesting than the fate of the motion itself is what it reveals about the GOP. This rebellion, as well as the transportation bill debacle and Donald Trump’s bizarre popularity, all come back to one reality: the Republican party is run by a small, but vocal and fiery minority that completely controls the leadership and direction of the party at large.

John Boehner is terrified of defying them, and is frequently forced into some skillful maneuvering to placate them while retaining some semblance of sanity in his party. Other Republicans are frightened to be moderate or reasonable, fearing the considerable political backlash.

This fearsome minority is the ultimate cause for the aggravating gridlock that’s been the hallmark of the Obama administration. According to this Republican minority, the President is public enemy number one, and any cooperation with, collaboration with or respect of such a figure is tantamount to high treason. They’ve driven a wedge between Democrats and Republicans, acting less as civil servants than warring battalions with loyalty only to their ideological own.

John Boehner has been pandering to these powerful few for years. Almost his entire speakership has been a tightrope walk between the ideologues and the reasonable, lending the ideologues much more of a voice than they perhaps deserve. Ultimately, it hasn’t worked. The party is splintering and Boehner’s own colleague is publicly and mortifyingly calling for him to abdicate. It’s time for Boehner to take another tact. Unless he can work up the courage to face this band of Republican tyrants and yank his party back onto the plane of governance (for which they were elected), the Donald Trumps will steer the GOP into obsolescence and irrelevance.

Kate Riga is a rising junior in the College. Panem et Circenses appears every other Saturday.