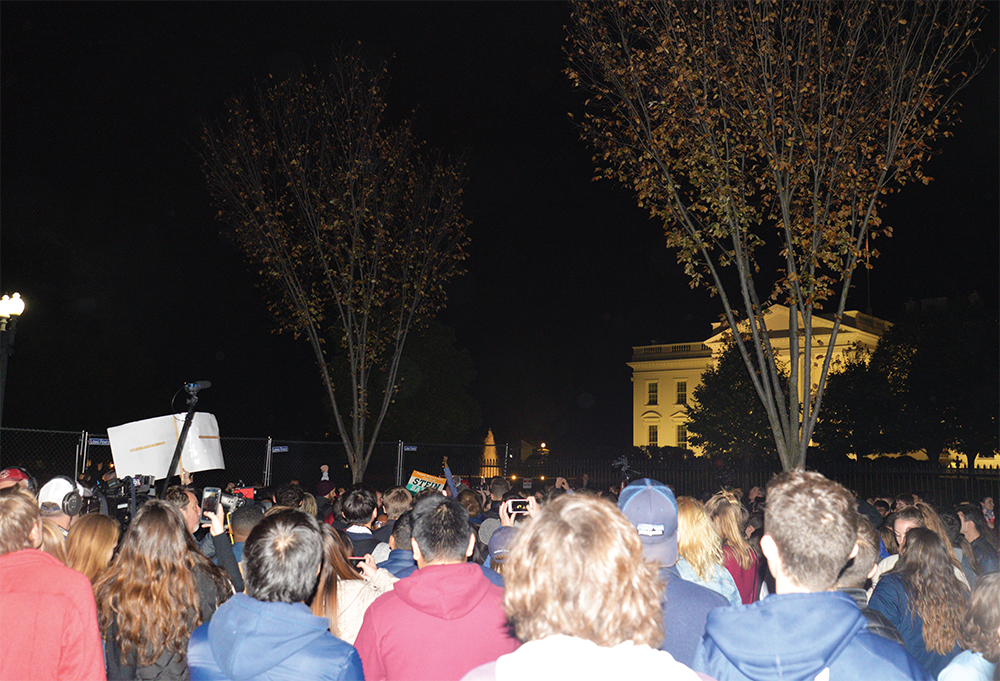 Beneath The Tombs: A Rich Art History (Sept. 15)

The Tombs is a beloved destination for old and new members of the Georgetown community, but in addition to delicious foods and heartwarming serenades, the restaurant is also home to a rich art collection highlighting the history of the neighborhood.

Take a walk through the history of Georgetown, encapsulated in the statues scattered across campus.

John Carroll Lynch on His Upcoming Film ‘Lucky,’ Plans for the Future (Sept. 26)

The Hoya sat down with actor-turned-director John Carroll Lynch, whose directorial debut “Lucky” — which grapples with aging and mortality — received broad critical acclaim.

A Story of Strength: The Life of Yarrow Mamout (Sept. 29)

Yarrow Mamout, the “financier of Georgetown,” was an integral figure in the history of the neighborhood. Read about his fascinating life.

Miles Teller, Jason Hall and Adam Schumann on ‘Thank You For Your Service’ (Oct. 6)

“Thank You for Your Service,” directed by Jason Hall and starring Miles Teller, reflects on post-traumatic stress disorder — a common struggle for veterans returning home.

Toeing the Line: Free Speech and Sex on Campus (Oct. 13)

Free speech has remained a contentious issue on campuses across the country. At Georgetown, free speech often intersects with issues surrounding sex.

The abandoned Kober-Cagan Building has been closed since 2010 and is slated to be demolished in 2018. Still, the mysteries and rumors about the building persist.

With a 99 percent score on Rotten Tomatoes, the coming-of-age film ‘Lady Bird’ is predicted to be an Oscar’s frontrunner. Director Greta Gerwig sheds light on what makes the film so special in an interview with college newspapers around the country.