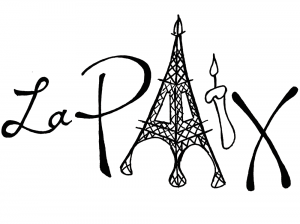 Latin for “tossed but not sunk,” has been the motto of Paris for more than six hundred years. It has never been more relevant than it is today, three days after the terrorist attacks. Within 24 hours, most people knew about the attacks in Paris. Many were aware that within a single eternal hour, between 9 and 10 p.m., the attackers had found the inhumanity in themselves to murder 129 innocents and mutilate 352 more. Some even watched gruesome footage of people trying to run away — some limping, others dragging their friends — from the Bataclan, a crowded concert hall-turned-slaughterhouse.

But few knew that the terraces, the concert halls and the cafes were filled with young Parisians barely older than the average college student. In a flash, the City of Light had been tossed from a typical Friday evening of celebration and joie de vivre to a dark night, void of both joy and life.
And yet, despite this brutal display of savagery, Paris and the Parisians did not sink to the bottom of an ocean of despair. The very same bystander who took the now-viral video of people fleeing the Bataclan turned back to help more concert-goers escape — getting injured in the process.
Despite the bloodshed, there was more blood donated than lost that evening as hundreds of donors volunteered and lined up to help. Despite fear choking the streets of my hometown, no one was left outside during the curfew as Parisians offered their homes to those who needed shelter using the twitter hashtag #PorteOuverte (#OpenDoor).

As a half-French half-American born and raised in Paris, I was shocked by the attacks, proud of the Parisians and deeply touched by all the support offered by friends and family here in the United States. Messages and calls kept streaming in all night, asking if my family, my friends and I were safe and sound. Even the smallest deeds like changing one’s Facebook profile picture to a French flag meant a lot to not only me, but also to all of those who lost friends and to all of us far from home.

Si vis pacem, para bellum? If you want peace, prepare for war? A lot of debate emerged in the wake of the attacks. Some argue that we must seek revenge, referring to the revolution of 1789 when Frenchmen would sing “La Chanson du Depart” (The song of departure, roughly translated for nonfrancophones):

Others warn us not to go to war because it is what the enemy wants, or because it does not work or even simply because the world has suffered enough already. No matter where one stands on the debate, it is important to keep in mind that, on the one hand, one cannot escape one’s moral responsibilities. If we truly believe in “Life, Liberty and the pursuit of Happiness,” we must stop the ones who wish to annihilate those guilty of simply having a different worldview. On the other hand, now is the time to gather, pray and pay homage to those who suffer from violence.

Monday, Nov. 16 at 9 p.m.., in front of the blue, white and red flag at the base of the John Carroll statue, in the shadow of Healy Hall, I sang the French national anthem “La Marseillaise” with my fellow French Hoyas. I sang with my mind focused on the innocent victims, my heart softened by the kind expressions of sympathy I have witnessed and my head held up high with oh-so-French pride.

Benjamin Cavat-Negbaur is a junior in the College.