Members of the Georgetown men’s and women’s track and field teams travelled to Gainesville, Fla., last Thursday for the Pepsi Florida Relays, hosted by the University of Florida, to compete in a two-day meet. While the Hoyas were ultimately outrun by their competitors, individual members of the team put up strong performances, including a runner who recorded a personal best time. One Georgetown runner, graduate student Josette Norris, travelled to Stanford and ran a personal best.

The men’s team shined brightest in the 800 meter race, in which all five Georgetown runners finished within two seconds of each other. All-American sophomore Ruach Padhal raced his way to 12th place out of 60 runners for a time of 1:49.06. All-American senior Spencer Brown finished .15 seconds behind Padhal to finish in 14th place, with just one runner from Columbia separating them. 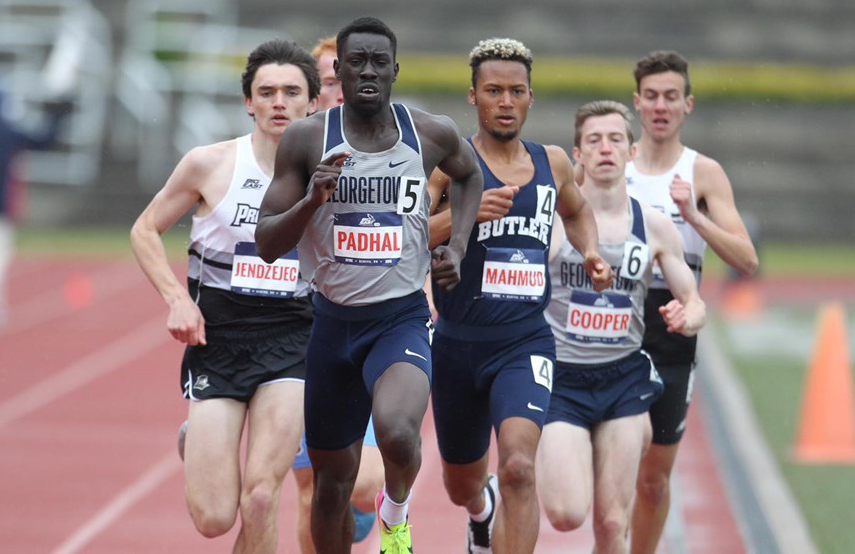 Sophomore Lawrence Leake was looking to build on his second-place finish at the Penn Challenge on March 24 in the 400m hurdles. In Florida on March 28, Leake recorded a personal best, hitting a time of 54.1 and beating his previous record of 54.38.

The women’s team travelled to Florida and competed in the 800m as well, with two freshmen making their collegiate outdoor debuts. Freshman Sami Corman placed in the top 30 of 50 runners with a time of 2:09.93. Sophomore Olivia Arizin and freshman Cathilyn McIntosh followed Corman by about five seconds.

Out on the West Coast, Norris ran in the Stanford Invitational on Friday. Norris wrote her name in the Georgetown history books with a personal record of 15:46.75 in the 5,000m. This record is the fourth-fastest 5,000m time in Georgetown’s history.

This meet is just the second of the outdoor season for the Hoyas, and they have a lot to build on.

Two teams from the Georgetown track and field team will travel separately this weekend for the Sun Angel Classic hosted by Arizona State University in Tempe, Ariz., and the Sam Howell Invitational hosted by Princeton University in Princeton, N.J. Both races will take place Saturday, April 6.