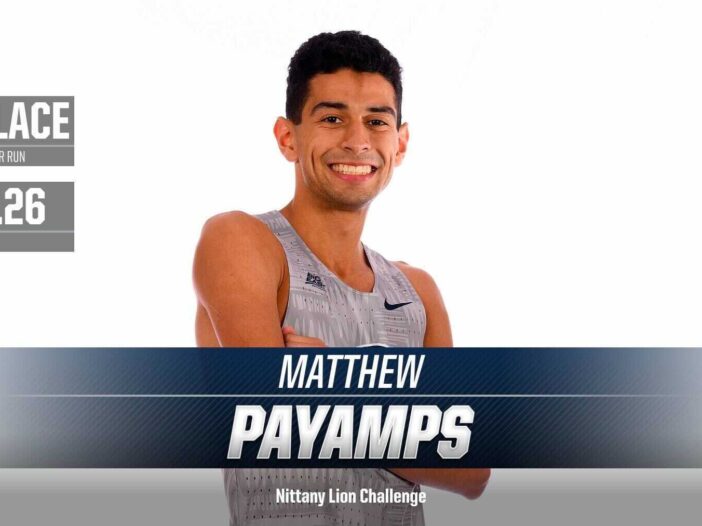 After over a month without competitions, the Georgetown men’s and women’s track and field team competed in the Nittany Lion Challenge at Penn State on Saturday, Jan. 15.

The Hoyas started off with the women’s and men’s mile. Katie Dammer, a senior middle distance runner, started off her race strong in fourth place. As the race went on, however, she lost her footing and fell to seventh place during the second lap. Dammer persisted and finished in seventh place with a time of 4 minutes and 55.47 seconds, roughly eight seconds more than her personal record. In the men’s mile, senior middle distance runner Quinn Nicholson finished in fourth place with a time of 4:08.71.

Early in the afternoon, Georgetown junior sprinter Maya Drayton finished in fifth place in the women’s 60-meter with a time of 7.72 seconds. In the men’s 60, sophomore sprinter Joshua Paige finished third in the finals with a 6.80.

The Georgetown women’s team did not place in the top ten in the 400 race. The men’s team, however, saw  stronger performances with sophomore sprinter Jabril El-Amin coming in fifth place with a 50:44 time.

Toward the end of the meet, the Hoyas competed in the 200 race. Drayton finished first in the second heat and placed second overall finishing in 24.76 seconds, coming close to her personal record of 24.39 seconds. First-year sprinter Chloe Williams also placed first in her heat but placed ninth overall, completing the race in 26.14 seconds. Paige placed first in his heat and first overall in the men’s 200 with a new personal record of 21.18 seconds.

The Nittany Lion Challenge ended with the men’s 4×400 relay, in which first-year sprinters Aaron Lindsey, Delgado, Payamps, and El-Amin ran for Georgetown. The team finished second in its heat as well as second in the overall relay, running 3:20.85.

The Hoyas’ men and women’s track team will travel to Virginia to race in the Hokie Invitational on Jan. 21st at 10:00 am.