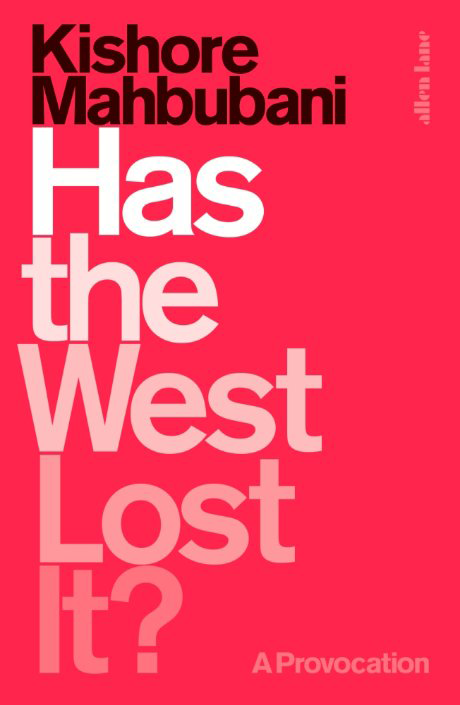 U.S. President Donald Trump’s China policy transforms the West’s historic attitude toward China, former Singaporean diplomat and professor at the National University of Singapore Kishore Mahbubani said at an event entitled “Has the West Lost It?” on Monday in Healy Hall’s Riggs Library.

During the event, Mahbubani discussed his new book “Has the West Lost It? A Provocation.” Victor Cha, the D.S. Song-KF endowed chair in international affairs, moderated the discussion. The Georgetown Initiative for U.S.-China Dialogue on Global Issues and the Office of the President co-sponsored the event.

“The Trump administration is not trying to reach a deal,” he said. “It is trying to alter the playing field in a very fundamental way and that’s a different game.”

According to Mahbubani, the escalation of the trade war came as a surprise to Chinese leaders.

“It has come as a big shock to the Chinese leaders who have come to realize that what is happening now between the U.S. and China is something completely different,” Mahbubani said.

Mahbubani said that China is ready to work with the United States to end the current trade war.

“The Chinese are prepared to make a deal,” Mahbubani said. “This is the fundamental question: is [the trade war about] a trade deficit, which is one probability or is it about China developing technological capability which they will one day do better than the United States?”

Mahbubani said that an attitude of complacency at the end of the Cold War and the belief that Democracy had triumphed over Communism caused the West to overlook the rise of powers like China.

The West continued to neglect the growing power of China and its admission into the World Trade Organization in the wake of 9/11, according to Mahbubani

“The effect of 9/11 was that the United States and some European countries marched into wars in the Middle East and got engrossed in wars there and did not notice something more fundamental happening in 2001 which was China’s admission into WTO,” Mahbubani said.

Mahbubani said China’s admission to the WTO brought an influx of labor to the world market, causing many Western countries to see domestic jobs go over sea and creating the space for leaders like Donald trump to gain power.

“The reason why China’s admission in 2001 into the WTO was far more significant is because according to Western theories of economics, according to Joseph Schumpeter and creative destruction, when you suddenly inject 900,000,000 new workers into the global capitalist system there will be creative destruction so workers lost their jobs,” Mahbubani said. “And then you see fifteen years later the election of Donald Trump.”

Western countries ignored China’s surge to economic power in 2014, according to Mahbubani.

“In 2014, in one of a major historical moment, China’s share [of the global economy] became larger than that of the United States and nobody noticed that that happened,” Mahbubani said.

Mahbubani explained that he wrote his book to demonstrate that Western countries could lose their standing in global affairs if they do not actively protect the current liberal world order.

“Has the west lost it? And the answer is no. But more accurately, not yet,” Mahbubani said. “Because my big fear, and the reason why I wrote this book now, is that the west could very well lose it if it continues going on autopilot.”

According to Mahbubani, people throughout the world enjoy greater peace and prosperity than any other time in history.

“The biggest truth of our times is that humanity has never been in a better condition than it is today,” Muhbubani said. “Today we are living in the most peaceful time ever in human history.”

Mahbubani recommend that the West adopt a policy of multilateral intervention.

In order to achieve this policy of multilateral intervention, the West will have to cooperate with countries with which it may not have otherwise allied, according to Mahbubani.

“You have to work with countries that you are uncomfortable with if you want to solve global problems,” Mahbubani said.

Mahbubani encouraged Asian countries to assume the responsibility of protecting the current world order because they benefitted the most from it.

“But today, the biggest beneficiaries of this Western created order, the liberal international rules-based order, are the Asian societies. So the Asian societies who have been in one way or another, I’m exaggerating a bit, have been free riders on this liberal international rules-based order have got to stop being free riders.”

“Unfortunately, no Asian government is, of now, ready and willing to take on the job of custodianship,” Mahbubani said. “The burden is going to fall on the young Asians to take on some the responsibilities that the West used to undertake.”