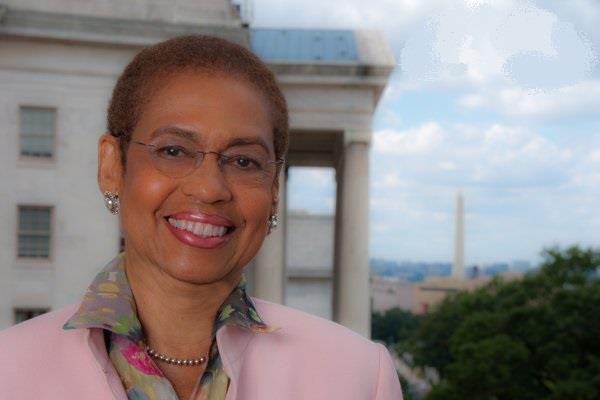 The requested 2020 D.C. budget once again seeks to end DCTAG, but Congresswoman Eleanor Holmes Norton (D-D.C.) announced her opposition to the budget and continued support of the program in a Monday news release.

“Like last year, the President’s budget is dead on arrival in Congress,” Norton said. “We defeated most of these proposals last Congress and will do so again.”

D.C. residents should not worry about the existence of grants that help them afford their college tuition, Norton said.

“DCTAG has always been funded every year by Republican and Democratic congresses alike and, until President Trump, Republican presidents as well,” Norton said.

Currently, students can receive up to $2,500 in grants to cover tuition for private institutions and HBCUs in the D.C. area and up to $10,000 for public institutions across the country. As a nonprofit private university in D.C., Georgetown University is a DCTAG-eligible school.

The program has received $40 million in funding for the past four years, even as Trump has proposed eliminating the grants and as Congress initially proposed $30 million for DCTAG for FY 2019.

The program was enacted to help D.C. residents afford a college education, as they do not benefit from in-state tuition through state university systems. DCTAG is no longer necessary because of D.C.’s financial growth in the past 20 years, according to the budget.

“While this program has helped many D.C. residents afford college, the financial position of the D.C. government has significantly improved since 1999 providing D.C. with flexibility to allocate local funds to support its residents,” the budget reads.

The proposed budget also contains four provisions which limit D.C.’s ability to self govern. These provisions, however, are down from the seven included in the 2019 proposed house budget.

These provisions would restrict the District from spending its local funds on abortions, commercializing recreational marijuana, the death with dignity act, which allows terminally ill patients the decision to end their lives and the reproduction non-discrimination act.

The proposed budget, however, leaves the potential for the District government to use funds not appropriated by this budget to pursue the commercialization of marijuana, according to Marijuana Moment. This provision was included in the 2019 budget, and Congress altered the language to restrict the district it from using any funds, eliminating this possibility.

Trump’s proposed cuts to DCTAG came the same day as Washington, D.C. Mayor Muriel Bowser (D) promised to increased spending to continue improving the district’s affordability and accessibility at her State of the District on Monday.

“These have been and continue to be very good times for Washington, D.C.,” Bowser said in her address. “To keep D.C. a city that works for both residents and businesses, in the coming fiscal year, we’re asking our commercial property owners to share some of the upside.”