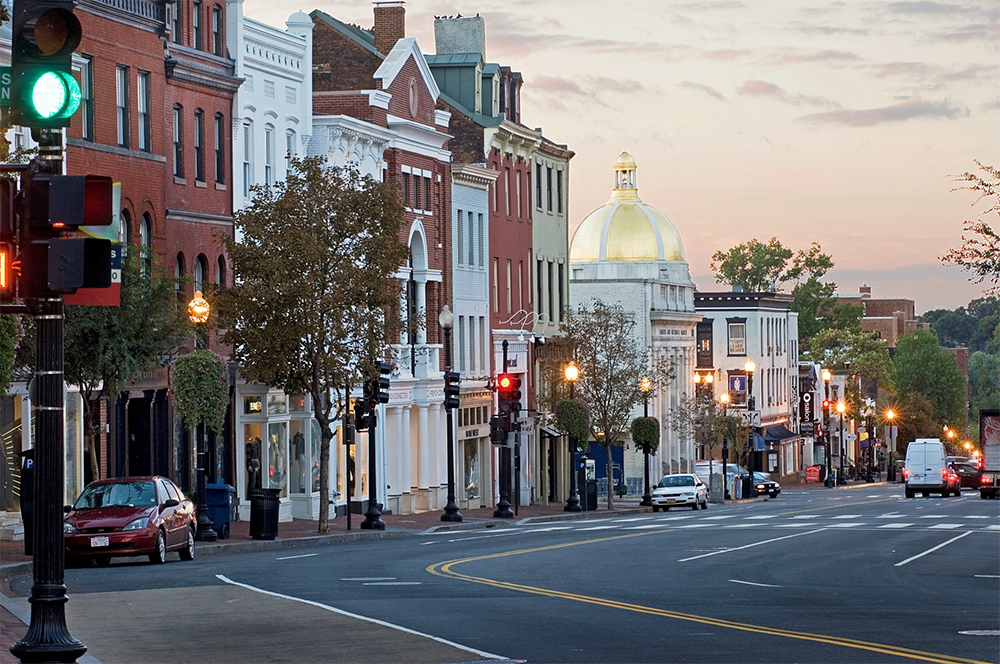 Burdman and Landre, who are expected to win, would serve as representatives for Georgetown University as commissioners for single-member districts 08 and 04 for two-year terms.

SMD 08 and 04 are within the bounds of Georgetown’s campus to allow for student representation on the commission. ANC 2E is an eight-person governing body that meets monthly to pass resolutions on issues affecting Georgetown University, Burleith, Hillandale and Georgetown. After discussing the resolutions, the proposals are sent to the Washington, D.C. city government for consideration. Although Burdman and Landre would deal with various neighborhood concerns regarding topics like traffic, trash and construction if they win, both hope to address key concerns for the student body as well.

“I would say that Georgetown is chronically under-connected and underserved when it comes to the whole Washington, D.C. transportation network,” Burdman said in an interview with The Hoya. “I think that is something that should be addressed and something we can definitely work on through the ANC.”

“Because we are a historic area, a lot of people think that the historical integrity of certain buildings and accessibility are mutually exclusive, but that’s not that case, and there are a lot of innovative ways that we can change that,” Landre said in an interview with The Hoya.

Both Burdman and Landre expressed interest in working with on-campus infrastructure projects, specifically in relation to the campus plan, a 20-year plan focused on renovations, academic programs and off-campus activities.

“We want to make sure that the way that they are doing this and the decisions that are being made happen with the students’ best interests in mind,” Burdman said.

To ensure a smooth transition, Burdman and Landre plan to be actively involved with on-campus meetings relating to master planning and the Georgetown Community Partnership.

If elected, Burdman and Landre would take over the ANC seats of Zachary Schroepfer (SFS ’19) and Mara Goldman (SFS ’19). Goldman’s seat has remained empty since she stepped down in June earlier this year because after moving off campus she no longer lived within the bounds of the district she represented. After informal interviews with potential candidates, Schroepfer and Goldman decided to endorse Burdman and Landre, who found themselves without competition following the endorsements.

Goldman said that the commission enables students to have a voice in district politics in ways they otherwise could not.

“We make up a pretty significant portion of the district’s population and a lot of us are unrepresented since we are registered to vote in other cities or states,” Goldman said in an interview with The Hoya. “Having student representation allows us to have a student voice within the district government of a city that is significantly student-based.”

Though Burdman is running as a write-in candidate and his name will not appear on the ballot, unlike Landre’s, he said he does not expect this fact to impact his election.

According to ANC 2E Chair Joe Gibbons, the work and ideas by SMD-08 and -04 commissioners over the last two years have brought a different perspective to the community. Gibbons hopes to see a continuation of positive work put forth by the two future SMD commissioners.

“I’ve met the two incoming commissioners each individually, and we’ve talked about the different areas of interests,” Gibbons said in an interview with The Hoya. “They’re wonderful young people, so I’m really looking forward to working with them.”