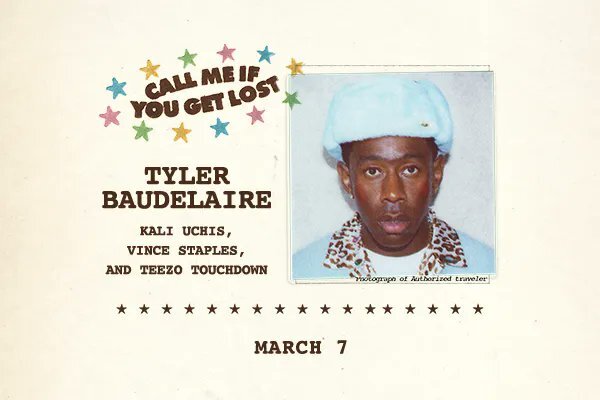 On March 7, Tyler, the Creator rolled onto the Capital One Arena stage in a 1939 Rolls-Royce, beginning his exhilarating performance atop a recreation of a two-story turquoise mansion with Florida beach house vibes.

Tyler Gregory Okonma, known professionally as Tyler, the Creator, began his music career in the late 2000s the way most of us listen to music: in his bedroom for an audience of one.

Dressed in a snazzy travel outfit, Tyler, the Creator bestowed Washington, D.C. with an invitation out of our bedrooms and into Capital One Arena for the vacation of our wildest imaginings.

Vince Staples and Kali Uchis accompanied Tyler, the Creator for his arena tour, complete with their own sets to match.

Staples set the electric tone of Tyler’s opening entourage well, arriving on stage in a cloud of red and yellow smoke. The California rapper whipped the audience into an eclectic frenzy with his performance.

After Staples came pop and soul artist Kali Uchis, a native of the DMV. Uchis’ performance was just as electric as Staples’ — if not more. Her sparkly red costume and impressive belly dancers wowed the crowd, and her choreography paid tribute to her Colombian roots.

Finally, Tyler, the Creator came on, singing “Remembered I was rich, so I bought me some new emotions / And a new boat ‘cause I’d rather cry in the ocean,” from “CORSO,” to set the luxurious tone of the show. The performer then sailed through the crowd on a yacht to get to a second stage. The set design of vibrant colors paired perfectly with the dreamlike tunes of “CALL ME IF YOU GET LOST,” painting an unforgettable visual and auditory landscape.

While most of Tyler’s setlist came from his new album “CALL ME IF YOU GET LOST,” there were plenty of features from his other recent albums “IGOR” (2019) and “Flower Boy” (2017).

Though these throwbacks were appreciated, songs from “CALL ME IF YOU GET LOST” took the main spotlight. In particular, Tyler’s performance of “HOT WIND BLOWS” was a beautiful, euphoric masterpiece; the melodic flute in the song’s background flowed its magic into every space of Capital One.

Like his setlist, Tyler, the Creator’s crowd was diverse: the audience ranged from middle-aged moms to frenzied middle schoolers to soulful 20-year-olds. Several concertgoers sported Tyler, the Creator’s classic ushanka hat, while others wore clothes embedded with sparkles and colored with neon.

In line with his music and overall eclectic aesthetic, Tyler, the Creator wore a cheetah print button down, shiny black shorts, loafers and a creamy ushanka, serving as an excellent contrast to the watery blue setup on stage.

Both Tyler, the Creator’s distinctive style and mechanical dance moves transformed his art for the live performance, and it embodied his welcoming spirit and personality. His interactions with the crowd proved this as well, as Tyler, the Creator routinely bantered with electrified audience members located in the general admission standing section.

Washington, D.C’s show was undoubtedly special for Tyler, the Creator, who celebrated his 31st birthday the day before. Both literally and metaphorically, he gave an afterparty for the ages. The audience was simply along for the ride, spending their spring break in Tyler, the Creator’s perfectly curated world.