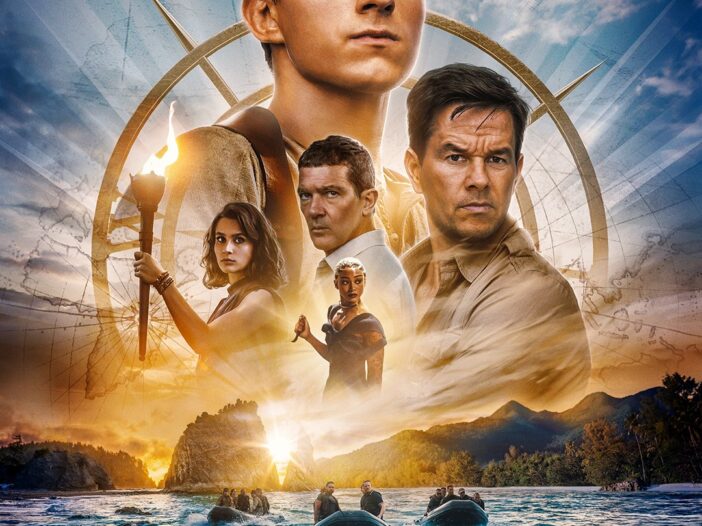 Unlike most video game-based movies that attract middle school boys, nostalgic dads and basement dwellers, “Uncharted” has a trick up its sleeve: Tom Holland. The British heartthrob — Spider-Man himself — has changed out of red latex into pirate gear in his role as swashbuckling sailor Nathan Drake.

With a budget of $120 million, fans of the “Uncharted” video game series will not be disappointed by the film’s special effects and production quality. The story follows Drake — a street-smart orphan (yes, that trope) — as he embarks on a treasure hunt for a trove of gold.

To those keen on historical accuracy, beware, as this tale distorts Portuguese explorer Ferdinand Magellan’s status as the first person to sail around the world in the plot. Drake’s mission is to find two keys crafted in the Spanish Golden Age that can open the vault to Magellan’s lost treasure.

A brooding yet undeniably attractive older man à la Indiana Jones guides our young hero in the right direction. His character, affectionately nicknamed Sully (Mark Whalberg), finds Drake and recruits him to his team of treasure hunters. Conveniently enough, Sully used to hunt treasure with Drake’s long-lost brother, just another reason for Drake to jump at the chance to both hit the jackpot and possibly reunite with his brother.

While “Uncharted” has well-executed attention to detail with regards to set and prop design, plot holes still manage to show through. For example, Magellan’s notebook that Drake and Sully use as a guide is very clearly written in an ancient language, but how the two main characters are able to decipher it is never explained.

It quickly becomes clear that “Uncharted” was made to abide by the classic adventure movie genre. The film’s visuals are bogged down with predictable “twists” anyone over the age of 12 can catch on to. Its “mysterious orphan searches for parents” plotline is overdone and unexciting, and it lives up to this expectation. If not for breathtaking views and an uber-famous cast, watchers looking for a riveting film might find themselves turning off the TV in search of originality.

Once they locate the first of the keys that can unlock Magellan’s treasure, we are taken to a beautiful Spanish landscape where more high-speed chases and obvious backstabbing can occur. Even for the harshest critic, the film was entertaining if only for the impressive camerawork following flashy cars and shots of Holland leaping through the streets of Barcelona. The film’s action sequence drew inspiration from its video game origins through its camera angles, making it easy to feel immersed in the film.

There is some intrigue added with the introduction of two female leads later in the film, Chloe Frazer and Braddock, played by Sophia Taylor Ali and Tati Gabrielle, respectively. Frazer is the keeper of one of the keys, and Drake and Sully must navigate through a rocky relationship with her to maintain some semblance of trust to reach their goal. Gabrielle’s Braddock is a welcome addition to the cast as a badass professional treasure hunter and one of the film’s main antagonists.

Though they tend to stab each other in the back every so often, the team is wildly successful considering their lack of resources. They are up against a large team of uber-rich Spaniards, frequently fighting off highly trained henchmen.

For what it lacks in plot, “Uncharted” makes up for in visual wow factor but ultimately falls flat with its overdone storyline.

A true adventure movie, “Uncharted” will surely be an airplane movie hit for years to come, but it’s definitely not worth a venture to the big screen.