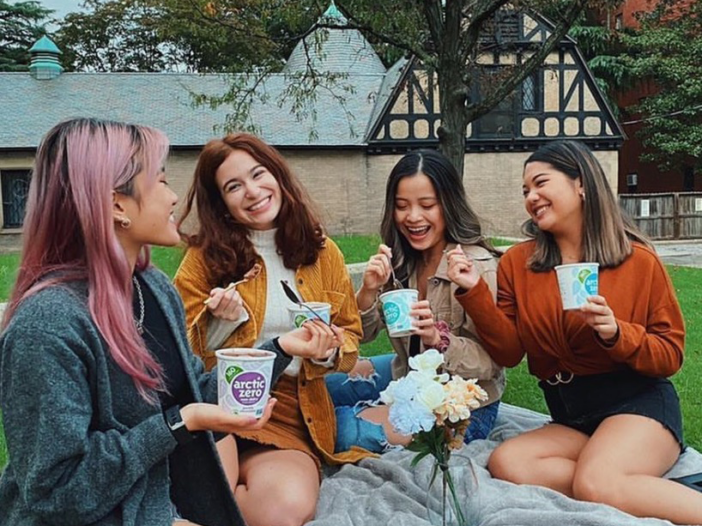 If there is one thing that Ava McDonald (COL ’24) values most, it is authenticity.

Almost two years ago, as a junior in high school, McDonald was scrolling through her social media feed when she realized just how many influencer-peddled, paid-to-post advertisement content clogged her Instagram feed.

McDonald took to the internet searching for a company that had influencers targeting her generation who were posting about brands they cared about. When she found no such company, she decided to start her own.

Zfluence, which launched in March 2019, aims to connect influential members of Generation Z — people born between 1996 and 2015— with companies they are passionate about promoting on social media, according to McDonald. Though the company focuses on influential students on college campuses, any member of Gen Z above the age of 16 can apply to become an Zfluencer.

Unlike the paid-to-post influencers that inspired McDonald to start her company, Zfluencers are never paid for their posts. Rather, the company follows a product-as-reward system in which influencers receive free products as compensation, according to McDonald.

“We’re really looking for people who just are really influencers not in the sense of the connotation it’s taken on, which is like people who are fake and presenting a highlight reel of their life on social media and trying to make a living out of it,” McDonald said in a phone interview with The Hoya. “We’re looking for people who really are just able to influence their peers in a positive and authentic way.”

The company recommends that applicants share their social media accounts for a review process and, while the focus is on the quality of posts, most Zfluencers have anywhere from 2,000 to 25,000 followers on Instagram, according to the company’s website.

McDonald describes her company as a dating app for Gen Z influencers and the brands they love. People interested in becoming brand ambassadors can match with companies looking to promote their products among a younger audience. Rather than monetary compensation for posts, Zfluencers receive free products to promote. There are currently 2,000 Zfluencers on over 500 campuses working with the company, according to McDonald.

These influential figures are often sorority or fraternity presidents, people with club leadership positions or those who have received outstanding achievement awards, according to McDonald, who personally reviews every application that comes through the Zfluence website.

As the first generation to grow up with social media, members of Generation Z value social media branding, especially when they can tell their peers truly enjoy the products they are promoting, McDonald said.

“We’ve seen those kind of posts by professional influencers or celebrities that are so obviously paid and clearly communicate that this post was motivated by payment and not by an authentic love of a product,” she said. “So what I wanted to do is put an end to that practice and empower members of my generation to benefit from their authentic positive influence.”

McDonald’s work with Zfluence was recently featured in marketing magazine Ad Age’s 40 Under 40 list on Oct. 5. McDonald appeared as the youngest honoree among other business and marketing leaders.

“As Zfluence rolled out last year, some naysayers told her that she was too young to start a business, but the platform’s exponential growth over the past 12 months speaks for itself,” Ad Age’s Ethan Jakob Craft wrote about McDonald.

Though McDonald began her business work before enrolling at Georgetown, she has applied her experience to a number of clubs, including her work on the public relations team at the Georgetown Retail & Luxury Association and as a marketing strategist with the Georgetown Marketing Association.

Recently, McDonald reached out to the Georgetown Entrepreneurship Initiative, a group that aims to promote the positive change entrepreneurship can have among students and alumni, for guidance on the future of her company.

For Jeff Reid, professor and founding director of the Georgetown Entrepreneurship Initiative, Zfluence is an example of a business representing a rising generation that is taking advantage of new platforms, like social media, he said in a phone interview with The Hoya.

“So many social media influencers are about hype, and it can feel kind of strange sometimes,” he said. “But her business, the people who become influencers, are rewarded with the products that they are promoting. So if they don’t truly like those products, they’re not going to be an influencer.”

“There’s an authenticity that’s built in there, which I think is important, and it’s something that we teach at Georgetown, which is how to build a company with values instilled from the very beginning,” he said.

Since McDonald first began Zfluence, her company has been part of a growing movement to shift social media branding to include casual and more honest posts, she said.

“Taking control of social media is something that’s more for them to share and less just putting things out there to worry about what other people might think,” McDonald said. “So I think it’s really cool that we as a generation are being a part of this change and pioneering a more authentic way to utilize social media.”