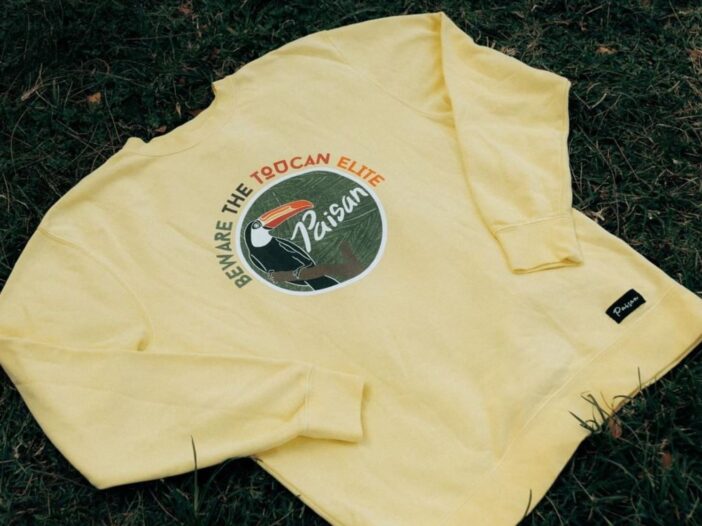 Despite harsh Midwest winters, Phillip Catanzaro (COL ’23) has been sporting surf wear both on and off his surfboard year-round since he was a kid.

Growing up in Cleveland, Catanzaro spent much of his free time as an avid member of the city’s little-known surfing community, heading to Lake Erie’s cold and unpredictable shores whenever he had the time, he wrote in an email to The Hoya.

“While most do not consider Lake Erie to be the surfing capital of the world, it still has an awesome community of surfers,” Catanzaro wrote in an email to The Hoya. “I loved the surfing vibe and since I was old enough to swim my wardrobe has been mostly popular surf brands.”

Until last year, surfing had always been just a hobby for Catanzaro. Under the stress of the COVID-19 pandemic, Catanzaro turned to his surfing community as a source of support in understanding where the future of the country was headed.

After many conversations with fellow surfers about how activism could be incorporated into a part of their sport, Catanzaro decided to launch a surf-inspired clothing line called Paisan Clothing Company in May 2020. The brand, named after an Italian expression that means “mate,” aims to bring sustainable, wearable everyday surfing clothing with social justice ties to the fashion industry, according to Catanzaro.

“To me, the Paisan lifestyle aligns the awesome spirit of surfing communities across the globe,” Catanzaro wrote in an email to The Hoya.

The brand donates $5 to a charity of the customer’s choice with each purchase. Customers have a range in organizations and causes they can choose to support. In 2020, Paisan donated $1,000 to charities including Black Lives Matter, environmental nonprofit Sierra Club Foundation, ocean awareness and cleanup nonprofit Surfrider Foundation, humanitarian aid organization UNICEF and international medical aid organization Doctors Without Borders, according to Catanzaro.

Paisan is committed to working with ethical manufacturers to limit waste procured during production and to ensure fair worker compensation, according to Catanzaro.

“A large part of Paisan’s ethical mission as a brand is to try to shift the apparel industry from fast fashion to slow fashion, and we’re working towards that with our significantly more sustainable model of on-demand production,” Catanzaro wrote. “Holding a high ethical standard to us doesn’t just stop at the environment.”

Catanzaro began reading about how companies in the fashion industry handle unsold clothing, and he was struck by the magnitude of items that go unsold and are then thrown away. One such company, fashion brand H&M, burned nearly 60 tons of unsold clothing between 2013 and 2018. Catanzaro has worked to ensure Paisan does not contribute to this growing trend.

“Each product in our catalog is made on-demand,” Catanzaro wrote. “When an order is placed, our partnered manufacturers receive the order and begins production. So unlike other brands, we never hold inventory and never have the need to throw away unsold items.”

Paisan works with Apliiq, a clothing production and design company located in Los Angeles, for its manufacturing. Although Catanzaro has contracted an outside designer twice to help him with design questions, he alone runs and manages his company.

Paisan currently offers clothing for men, women and children, including a range of tropical-colored surf and swim, outerwear with toucan- and ocean-themed graphics, and accessory options, including baseball caps and winter beanies, all within the $20 to $50 range. Items are meant to be worn both while surfing but also in an everyday context, according to Catanzaro.

Since the company’s launch in May 2020, Paisan has sold just over $7,800 worth of apparel, according to Catanzaro. In their newest endeavour, Paisan partnered with Tristan Schrager, an artist based in Honolulu, to launch a clothing line inspired by surf and scale culture.

Paisan also sponsors an adventure team of global athletes, including Kerl Moraga, a surfer in Hawaii; Jose Garcia, an ocean photographer based in Australia; and Harry Jones, a beach volleyball player in the United Kingdom. Sponsored surfers are asked to wear and promote Pasian’s clothing, especially while out on the water. Athletes like Moraga met Catanzaro through a surfing photographer they both follow, according to Moraga.

Paisan’s environmental commitment appeals to members of the surf community across the globe, according to Moraga.

“I’d say my favorite thing about Paisan, other than the fact that they cater the surf community, is that Paisan is very environment conscious,” Moraga wrote in an email with The Hoya. “To a surfer, that is a very, very big thing. We want our nature to thrive, so it can continue to nurture our lifestyle.”

Though Moraga has yet to meet Catanzaro in person, he is confident Paisan’s future will continue to grow and reach a larger number of athletes in the surfing community.

For now, Catanzaro is focusing on the growth of Paisan—as well as the time management involved in being a college student—but he still tries to catch a few waves in Cleveland when he can.

“Obviously, I would love for Paisan’s legacy to be that of a catalyst. If established brands took a look at what we’re doing and said, ‘Maybe we should give that a shot,’ the fashion industry could really change for the better,” Catanzaro wrote. “Aside from that, I simply want the brand to live up to its namesake, to be a ‘Paisan’ for our customers and our shared planet.”