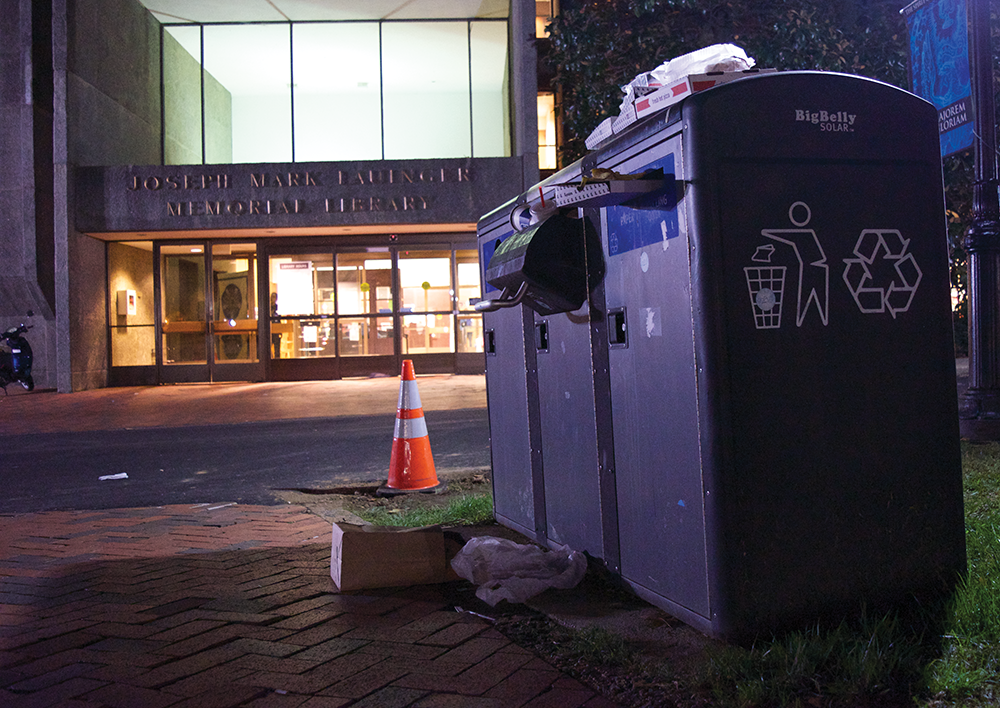 Despite Washington, D.C.’s ongoing efforts to control its rat population, the number of resident complaints to the city are expected to continue to increase after reaching an all-time high in 2017.

The D.C. rat population is rapidly growing because of a number of factors, including its increasing human population and rising number of restaurants and bars, which have brought record levels of trash to D.C. streets, attracting the rodents, according to WTOP.

Districtwide construction has also disrupted underground rat burrows, so the rodents have become more noticeable aboveground and inside buildings, particularly homes and restaurants. Additionally, mild winters over the last few years have killed fewer rats than in the past, according to The Washington Post.

The rats are both unnerving to residents and, at times, dangerous, according to ecologist and former D.C. consultant Bruce Colvin.

“Rats have been linked to starting fires, chewing on wires, contaminating food and destroying packaging,” Colvintold the Washington Times.

The number of complaints about rats to D.C’s 311 helpline rose by about 2,000 calls in 2017, although less than half of the complaints turned up evidence of rat infestations, according to the chief of the District’s rat control office, Gerard Brown.

This year, those numbers are expected to hold steady or increase, as 3,153 calls were made between January and July, according to The Washington Post.

“It’s an eternal war,” Advisory Neighborhood Commission member Mark Eckenwiler told The Washington Post. “You can kill them in one location and they pop up in another.”

The neighborhoods hit hardest by the rodent crisis include the 16th Street Corridor, Lincoln Park and the Capitol Hill area, according to . The Georgetown neighborhood did not make the top of the list, with the city receiving 21 calls in the last 30 days, according to the city government website.

To combat the rodent problem, the D.C. Department of Health has implemented extermination methods such as dry ice, which vaporizes into carbon dioxide and suffocates rats when dropped into burrows, according to CBS. Dry ice was very effective in reducing a dense maze of almost 150 burrows to under 10, according to WTOP.

The city has also introduced new technology into the extermination efforts, such as sensors on garbage can lids that alert the city when the cans are full, and solar-powered trash cans that compress the trash so that it does not overflow onto the sidewalks. Mayor Muriel Bowser (D) also hosted a Dupont Rat Walk in November 2017 that was intended to provide constituents a forum to express their concerns and display what District officials are doing to combat the issue.

Private organizations have also attempted to stem the rat problem. In January 2017, the Humane Rescue Alliance created the initiative “Blue Collar Cats,” which matches businesses and private citizens struggling with rat infestations with stray cats that would otherwise likely be euthanized. The businesses provide food and shelter for the cats, and the cats take care of the rat problem, according to The Washington Post.

D.C. rats have been a problem for decades. In 1999, then-mayor Anthony Williams convened a “rat summit,” in which D.C. leaders could receive advice from national rodent control experts.

But a long-lasting solution to the District’s rat problem has proved elusive, according to Brown.

“Rats are genius,” Brown told The Washington Times. “You have to always be thinking.”