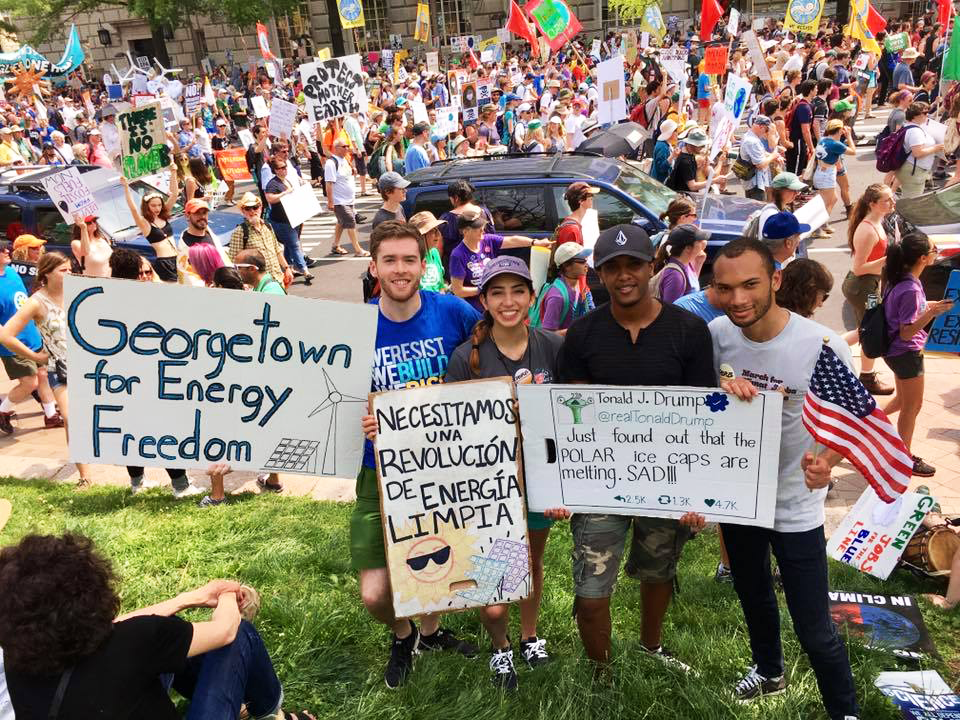 Georgetown University is set to divest from companies whose primary business involves the extraction of tar sands, according to a June 7 news release from the university.

At the June meeting of the university’s board of directors, the Committee on Finance and Administration supported a recommendation from the Committee on Investments and Social Responsibility based on proposals from Georgetown University Fossil Free, a student group dedicated to pressuring the university to divest from fossil fuels.

CISR, which is comprised of students, faculty and administrators, met in March to consider the proposal that GUFF submitted in November 2017. CISR advised the Committee on Finance and Administration on April 30 to divest from tar sands to adhere to the university’s socially responsible investment policy, which directs the university to avoid investing in companies whose businesses harm the environment.

CISR wrote in a memo to the Committee on Finance and Administration that tar sands extraction is inconsistent with the investment policy because of its effects on the environment and surrounding communities.

“Tar sands extraction, like coal mining, is an activity that has an extremely deleterious effect on the environment,” the committee wrote. “Tar sands extraction is also inconsistent with the University’s principle of ‘protection of human life and dignity’. It negatively affects public health in communities living near extraction sites, disproportionately harming indigenous people from First Nations communities.”

The members of GUFF, the student organization that spearheaded the effort for divestment from tar sands, are proud to see to their work come to fruition, representatives wrote in an email to The Hoya.

“We are thrilled that the Board of Directors has accepted our proposal to divest the endowment from tar sands,” GUFF member Celia Buckman (SFS ’21) wrote. “Eliminating tar sands, a particularly dirty fossil fuel with disastrous health effects, from our university’s financial underpinnings is a huge step in the right direction.”

The committee’s decision marks the end of a monthslong effort from GUFF’s lobbying. Over 300 Georgetown community members signed GUFF’s petition in November, while around 2,200 have supported the petition to divest fully from fossil fuels, GUFF member Samantha Panchèvre (SFS ’19) wrote in an email to The Hoya. GUFF also successfully lobbied for the university to divest from coal mining in 2015.

GUFF plans to petition for complete divestment from fossil fuels.

“We’re energized by this decision, and we hope it lays a foundation for full divestment from fossil fuels,” Buckman wrote. “We will continue to fight for a truly clean, fossil free endowment until Georgetown aligns its rhetoric of Jesuit values with action against environmental destruction.”