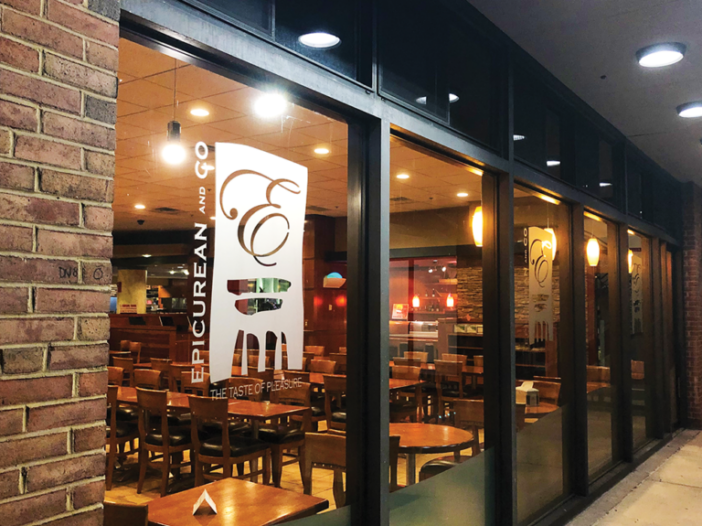 In addition to the expansion of the meal exchange option, Epi’s will also be open from 7 a.m. to 2 a.m., Thursdays through Saturdays, providing students with a late-night meal plan option on weekends. Currently, The Table at Leo J. O’Donovan Dining Hall, the all-you-can-eat buffet part of the campus’s only dining hall, closes at 8 p.m. Besides Epi’s, no other dining location is open past 10 p.m.

Prior to the changes, Epi’s allowed students to pay with Flex dollars, a tax-free currency included in the meal plan that students can use at various locations across campus. Prior to the shutdown of the university’s campus in the spring of 2020 because of the COVID-19 pandemic, Epi’s operated 24 hours, Thursdays through Sundays.

Karis Danner-McDonald (COL ’24), a student who previously lived in Darnall Hall, a residential hall located above Epi’s, said last year she was frustrated over the limited number of dining options when living on the outskirts of campus.

“As someone who used to live in Darnall, like way back when, thank God Epi’s now has meal swipes, because it was just kind of ridiculous that you only had two actual cafeterias on campus, and one of them you couldn’t access using meal swipes, you could only use Flex,” Danner-McDonald said in an interview with The Hoya. “It’s a ten minute walk to Leo’s from Darnall — maybe I’m just slow — but it always just felt ridiculous to me.”

Georgetown University Student Association (GUSA) President Kole Wolfe (SFS ’24) said GUSA held meetings over the summer with university officials to discuss possible changes to the meal plan, like the changes made to Epi’s.

“The changes at Epi were influenced by a number of meetings that we had with auxiliary and dining over the summer,” Wolfe said. “We knew that an increase in dining options was a priority of many students, and we suggested that enabling the use of meal exchange and increasing hours to pre-pandemic levels was a step in the right direction, something that would be logistically achievable in the short term.”

In November 2021, the GUSA Senate passed a resolution calling for extended hours on weekends at Epi’s.

According to GUSA Senator Bora Balçay (SFS ’23), student feedback and vocal dissatisfaction with dining policies have been the driving motivators for these changes.

“The student body gave very clear guidance on the lack of dining options and the expansion of the plan is a direct result of that,” Balçay wrote to The Hoya.

According to Balçay, some students had expressed concerns with the accessibility of food for students who live far away from Leo’s, as well as the ability to use meal exchanges late at night.

The implemented changes directly address these concerns, according to a university spokesperson.

“We make modifications to dining operations based on feedback, data and industry trends,” the university spokesperson wrote. “That feedback comes from students individually and in groups such as GUSA, as well as faculty, staff and other community members.”

According to Wolfe, food security during campus breaks was another primary concern behind GUSA’s advocacy to change meal plan policies, as many students who remained on campus over academic breaks struggled to find adequate access to food.

The new changes to the meal plan hope to remedy this problem.

“The lack of dining options on campus during breaks was a major issue last year,” Wolfe wrote. “Epi will remain open during breaks this year, a change which will hopefully ensure that students will be able to have access to a meal plan option if other plan locations are closed.”

GUSA Senator Alyssa Hirai (SFS ’24) said listening to student voices is most important as advocates try to secure future changes to the university meal plans, especially the voices of students who are most burdened by Georgetown’s meal plan requirements.

“The meal plan requirement disproportionately affects FGLI (first-generation/ low income) students and so my personal goal has been to include GSP in this conversation and better advocate for them,” Hirai wrote.