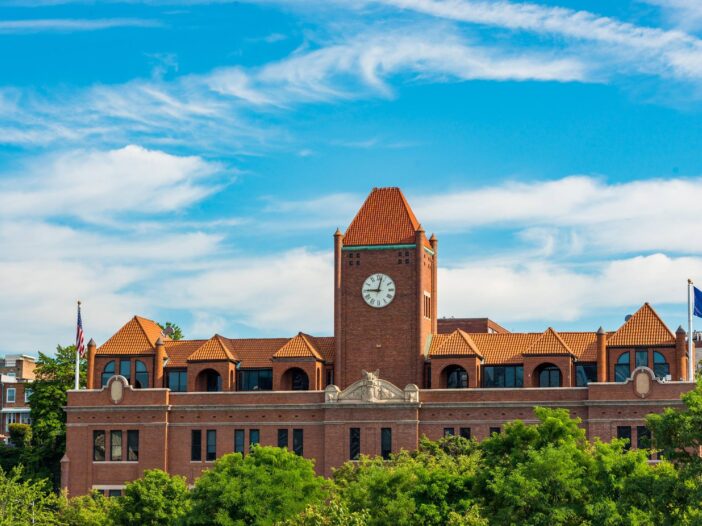 The Georgetown University Graduate Student Government (GradGov) will not sponsor a trip to Israel next month following internal controversy and university intervention.

This semester, GradGov President Jonah Klempner (GRD ’22, LAW ’22) attempted to organize a trip to Israel across all graduate schools for the first time. Klempner planned the trip through itrek, a New York-based nonprofit that coordinates and subsidizes student-led group trips to Israel.

Itrek only provides funding for students who apply through certain programs; Klempner hoped to expand access for all students by creating a subsidy program funded by the GradGov budget.

In early February, however, the university prohibited GradGov from funding a subsidy because Klempner had not gone through the required financial and general vetting and review, according to a university spokesperson. This ban followed pushback from Klempner’s fellow GradGov members, who expressed concerns about cost disparities among trip participants, as well as the destination of the trip itself.

The itrek trip is still scheduled to take place during spring break but without university or GradGov support.

Given the limited funding available through itrek, Klempner proposed to the student government’s budget committee that $30,000 of GradGov student activity funds be used to subsidize the trip for students who could not apply to itrek’s STEM and Policy subsidization program, according to an email from GradGov senator Jillian Robins (GRD ’23) to all GradGov Senators, obtained by The Hoya.

“GradGov Senators, outside the STEM and Policy coverage will get a substantial subsidy from GradGov to help cover the $2,400 dollar cost of the trip,” according to the trip application.

While the application limited the subsidy to GradGov senators, the subsidy actually proposed in the budget would have allowed all students to apply, regardless of relationship to GradGov, Klempner said.

Still, there were concerns over the fact that the trip’s student leaders — including Klempner — would not have to pay as much while other trip participants would, according to Robins, who also represents the Arab studies program.

The four trip leaders, who were recommended by Klempner but ultimately approved by itrek, would plan and lead the trip. This meant that these leaders would receive a subsidy from itrek, according to a document obtained by The Hoya.

“I never touch money from GradGov or itrek, no GradGov funds were apportioned, and the trip can and will take place without GradGov,” Klempner wrote to The Hoya. “I volunteered and was chosen as an itrek trip leader months before I volunteered and was elected GradGov president.”

Administrators from the Graduate School of Arts and Sciences (GSAS) made it clear to GradGov that GradGov funds could not be allocated toward the itrek trip, according to a university spokesperson.

The university ultimately has the final decision on how student organizations manage their funds, according to Alexander Sens, dean of the GSAS.

“It is therefore, just a matter of pure fact, legally, ethically and financially the university’s money, and we have a fiduciary responsibility to oversee the use of that money,” Sens said at a Feb. 18 GradGov meeting.

The university did not specify the exact errors Klempner committed in the vetting process.

In addition to the funding structure, students also expressed concerns about the trip’s destination, according to Robins.

Nooran Alhamdan (GRD ’22), a graduate student in the Arab studies program, said it is important for students to understand the complicated relations of the Israel-Palestine region.

“I know that we’re all students and money is short, and this is something that is normal for a person to want to go on an all-expense-paid trip, but my message to students would be to please do your research,” Alhamdan told The Hoya.

Klempner affirmed at a meeting about the trip that the students who were against the trip were not motivated by antisemitism or bigotry.

Daniel Schoolenberg (GRD ’22), set to be a leader of the trip alongside Klempner, said that the immersive experience of the trip would be valuable for all students.

“I think everyone will gain an understanding about an extremely important and dynamic part of the world that they wouldn’t be able to get otherwise,” Schoolenberg wrote in an email to The Hoya.

The trip’s educational purposes would align with GradGov’s constitution and would aim to facilitate dialogue and learning among participants, according to Klempner.

“This educational trip which includes leaders, students, and speakers from all faiths and backgrounds, features a series of compassionate dialogues,” Klempner wrote.