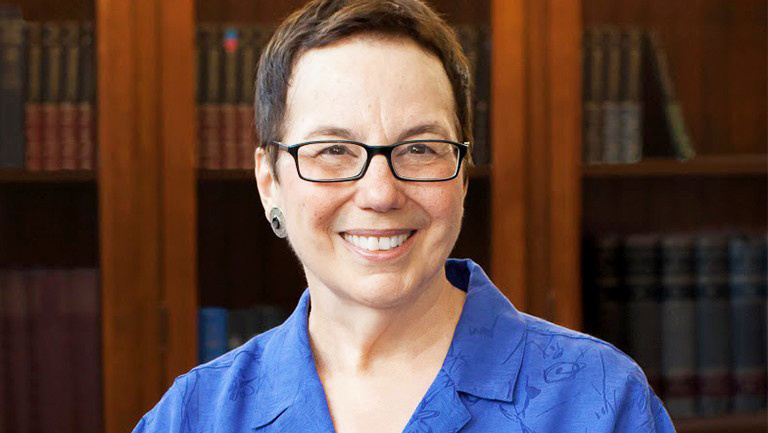 Harriette Hemmasi is set to take over as Georgetown University’s dean of the library August 1, replacing former Dean Artemis Kirk, who retired last fall after 16 years at the university, according to a June 19 news release.

In her new role, Hemmasi will oversee and direct all branches of the Georgetown University Library, including Lauinger Library and the Blommer Science Library, which is home to 3.5 million volumes, manuscripts and books. Prior to accepting her position at Georgetown, Hemmasi was the Joukowsky Family University Librarian at Brown University, raising over $50 million for the university’s library and bringing its services into the digital age.

Hemmasi’s experience in building Brown’s library’s digital presence will allow her to shape Georgetown’s library in its growth, as well, Provost Robert Groves said in the June 19 news release.

“Harriette Hemmasi has a breadth and depth of experience that will be crucial in guiding our Georgetown library as it redefines what it is to be a hub of learning and information in the digital age,” Groves said. “This is an exciting time at Georgetown and Dean Hemmasi’s transformative work at Brown will be especially helpful to our library system as it renews its role as an intellectual and social center for students and faculty scholars on campus.”

Hemmasi was also involved in Brown’s Steering Committee on Slavery and Justice, which, much like Georgetown’s Working Group on Slavery, Memory and Reconciliation, sought to research the university’s involvement in the transatlantic slave trade, Groves said in a university-wide email.

“The steering committee’s work had almost been completed once I arrived at Brown,” Hemmasi said in the June 19 news release. “But we have been able to support the ongoing teaching and research projects, as well as special events hosted across campus that address the wide range of ways in which slavery and justice continue to affect our academic and personal lives on a daily basis.”

At Georgetown, Hemmasi is set to continue her work in the research of the slave trade by helping to create a new Institute for Racial Justice and lead the way in the efforts to renovate and modernize Lauinger Library, according to Groves’ email.

“Now is the time for the library to renew its role as an intellectual and social center on campus,” Hemmasi said in the June 19 news release. “I am eager for us to find ways to support Georgetown’s interdisciplinary and collaborative culture and also contribute to the advancement of scholarship around the world.”