Set to debut on May 26, the cover art and track list for Lil Yachty’s “Teenage Emotions” reveal the rapper’s stated vision and hope to encompass all aspects of teen life in his newest album. The rapper — best known for hits like “Minnesota” and “1Night” — calls on artists like Diplo, Migos and YG to help him fulfill his goals and cement himself as “King of the Teens.” The artist’s cheerful melodies and nostalgic lyrics are sure to connect with teens across the globe and manifest in a handful of summer-ready jams.

Vintage aesthetics and hazy melancholy permeate the upcoming release from New York-based artist Lana Del Rey, known for her signature sadcore sound. Slated to be released in July, “Lust for Life” does not appear to be a significant departure from the sound and feel that have carried Del Rey’s career thus far. However, the album looks to promote more positive themes of hope and optimism, evidenced by pre-released singles titled “Love” and “Lust for Life,” which features The Weeknd, who has collaborated with Del Rey on his last two albums. “Lust for Life” is yet another album that comments on post-Trump America, as the artist seeks to inspire social awareness and activism with retro, ‘60s-inspired audio and visual components in the album’s rollout.

Travis Scott and Quavo are among the hottest artists in the hip-hop scene, so their upcoming collaboration is a must-listen for all fans of their work. The rappers have worked together  several times in the past, most notably producing the popular track “Pick up the Phone.” The artists’ upcoming release, which will combine Scott’s creative production and excellent Auto-Tune skills with Quavo’s silky melodies, is sure to yield more than a few bangers. Quavo is fresh off the success of Migos’ album, “Culture,” while Scott is amid a tour that has created headlines night in and out for its high energy and excited audiences. The collaboration has no set release date or title, as the two artists love to surprise, but Scott has stated that it is “coming soon.”

Four years after the youthful glory of debut “Pure Heroine,” Lorde makes her long-awaited return, seeking to explore life following her teenage years.  As she has stated, “Melodrama” will be a concept album encompassing a single house party, focusing on the feeling of loneliness, “both the good and bad parts.” Two songs on the album have already been released: “Liability,” a powerful piano ballad, and “Green Light,” an electropop song deemed Lorde’s “comeback single” by Billboard critics. The New Zealand singer burst onto the popular scene in 2013 but has been relatively quiet for the past few years, so fans will be eager to soak up as much of her new music as they can. 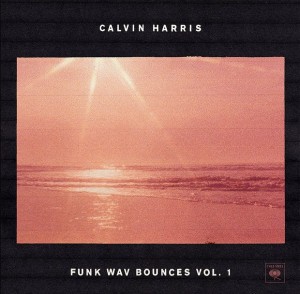