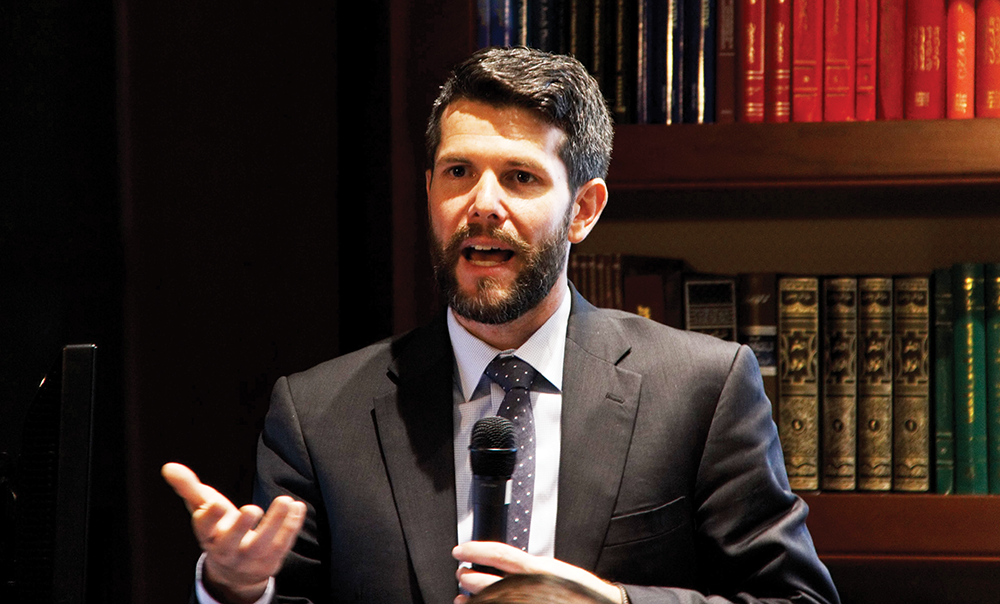 The historic United States-Mexico relationship faces an existential threat as public perception of both countries shifts and threatens diplomatic cooperation, a panel of experts argued Tuesday.

The speakers examined political and economic factors stressing the relationship between the two countries, including the ongoing renegotiations of the North American Free Trade Agreement and President Donald Trump’s abrasive rhetoric toward Mexico.

Ambassador José Antonio Zabalgoitia, the representative for the Mexican Embassy in the United States and Deputy Chief of Mission, said the future of U.S.-Mexican relations is dependent on how both nations approach issues like trade, immigration reform and border security.

The United States, Canada and Mexico are in the process of renegotiating the terms and agreements of NAFTA, which went into effect in 1994. The deal eliminated trade tariffs and reduced trade barriers between the three North American nations.

“We are at a turning point in our bilateral relations, one in which, if we are able to move forward positively and collaboratively, we will really get into a great new stage,” Zabalgoitia said. “But otherwise, if we are unable to surmount the negatives and difficulties we are having and misperceptions on both sides, we’re in danger of moving backwards several decades in the relationship.”

Trump has routinely questioned the value of NAFTA, repeatedly calling the agreement the “worst trade deal ever made” during his 2016 presidential campaign, and ordering the U.S Trade Representative to renegotiate the deal July 2017.

Mexico is the United States’ third-largest trading partner, with trade in goods and services amounting to $579.7 billion in 2016 alone, according to data from the Congressional Research Service.

Antonio Ortiz-Mena, a Georgetown professor of Latin American Studies, said that, should NAFTA negotiations fail, the bilateral relationship would be seriously harmed.

“I think we might be reaching, rather than a turning point, a tipping point,” Ortiz-Mena said. “Should NAFTA go off the rails, and that’s a metaphor, it will be very difficult to get the whole bilateral relationship on track again, and it has to do partly with public opinion.”

Many Americans, however, have maintained a favorable perception of Mexico and its citizens according to Christopher Wilson, deputy director of the Wilson Center’s Mexico Institute.

Trump has argued that NAFTA and an increase in Mexican migration have prompted companies to divert their resources to other parts of the world like Mexico and have hurt American workers.

“Some of the conversation is about our own anxieties and fears and also our hopes and dreams,” Selee said. “Mexico is a proxy for other things that are going on in this country.”

The panel proposed increased engagement with Mexico through tourism and academic exchange programs as a means to reconcile the lack of knowledge and distrust displayed by some U.S. citizens.

The Center for Latin American Studies, the Wilson Center’s Mexico Institute, the Embassy of Mexico in the United States and El Centro de Investigación y Docencia Económicas, an independent Mexican research center, all sponsored the seminar.

“We need strong, thought leadership expressed from the top levels in the United States,” Wilson said. “What we’re seeing right now is a great deal of skepticism about the value of the relationship being expressed from high levels, and so that’s not conducive to improve public opinion, which provides a framework for future cooperation.”

Gerardo Maldonado, a scholar from the Mexican Center for Economic Research and Teaching, said this relationship with the United States is a key issue in the 2018 Mexican presidential election.

The current front-runner in pre-election polls, Andrés Manuel López Obrador, is running on a Mexican nationalist agenda and has called for the scrapping of NAFTA. A López Obrador presidency could result in a hostile relationship between two populist leaders in Mexico and the U.S., according to experts.