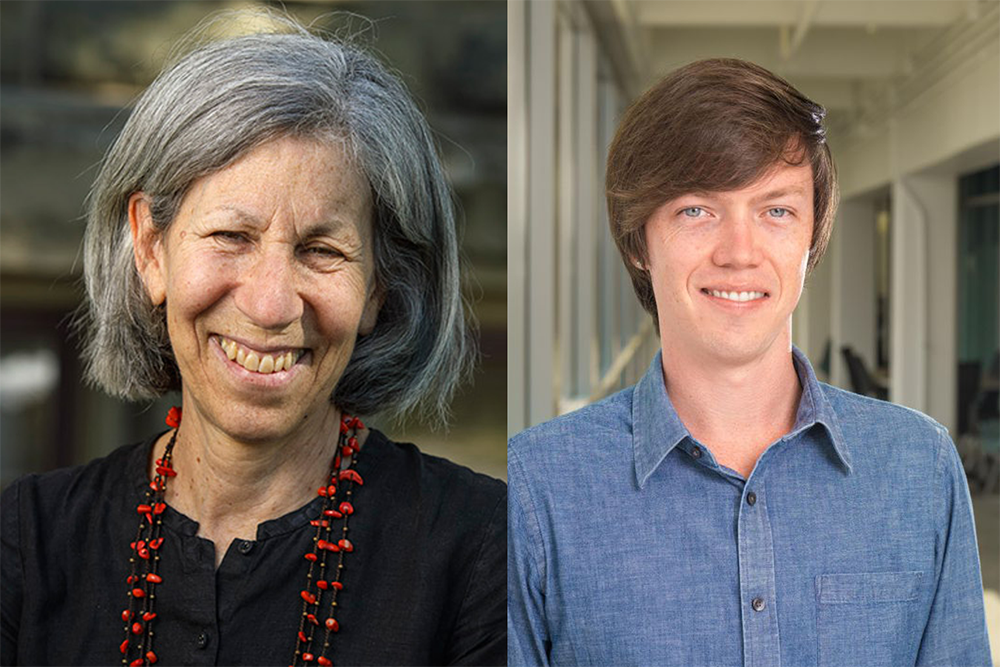 The term “prison-industrial complex” is not representative of the lived experiences of people in the prison system and should be replaced with the new term “jail-industrial complex,” Mary Fainsod Katzenstein, founding member of the Cornell Prison Education Program, and Nolan Bennett, an assistant government professor at Georgetown, said at an event in the Intercultural Center on March 15.

The discussion, hosted by the Prisons and Justice Initiative, featured the inaugural presentation of Katzenstein and Bennett’s research on the prison system.

The term “prison-industrial complex,” which describes the overlap between government institutions, exploitation and imprisonment as a way to address political and economic issues, was coined during President Dwight Eisenhower’s term to describe the connection between corporations and the privatization of prisons in the criminal justice system.

Katzenstein and Bennett’s research seeks to coin a new term that would help spark a desire for research and discovery in the prison system.

“For some, the term is at best too simple; at worst it verges on the conspiratorial,” Katzenstein said. “Our intention here is to recover the terminology of the prison-industrial complex as an investigatory tool or an investigatory narrative.”

Katzenstein and Bennett began researching the experiences of individuals in the prison system after observing racism in the institutions, they said, prompting them to take a narrative-based research approach.

“Racism has a long historical pedigree that is braced by the codification of racist discourse — the ‘savage native peoples,’ the ‘negro is 3/5 of a person,’ the contemporary criminalization of race,” Katzenstein said. “All these historical periods are connected by a narrative thread.”

With different meanings of the phrase “prison-industrial complex,” transcending through different histories and different communities, Bennett and Katzenstein felt it was time to take a different approach to describing the prison system today.

“Inside prisons and jails, the language of the prison industrial complex is often brandish as the all-purpose explanation for all manner of punitive practice,” Katzenstein said. “On the streets, it is generally deployed as the vocabulary of choice to mobilize activists under the banner of prison abolition; in the world of academics, the prison-industrial complex as a language has not enjoyed much scholarly legitimacy.”

The two scholars cited the prison system in California as a motivation for using the new term.

In California, the Orange County’s Inmate Welfare Fund was set up to provide benefits to the inmates, according to Katzenstein. However, the funds are often directed elsewhere and not received by the inmates, Katzenstein said.

“Most of these services are paid for by the mostly poor families of the mostly poor prisoners,” Katzenstein said. “The money generated, though it is mandated to be spent on inmate welfare, is often spent on the bricks and mortar of prison operations.”

In Orange County, the inmate welfare fund had a balance of about $5.3 million in 1999, according to Katzenstein, but a small percentage of that money goes directly to the inmate programs.

“Over the previous three years, 41 percent of the revenue was spent on jail expansion, 59 percent on inmate programs,” Katzenstein said. “But those inmate programs actually involve a lot of spending that [money] on the salaries of people the jail had hired.”

Basing their evidence on examples like California, Katzenstein and Bennett believe the term “jail-industrial complex” more effectively describes the relationship between legal and financial systems that often impact jails.

“We propose the jail-industrial complex, a narrative about the newly formed and increasingly rapacious extraction of resources from the poor by the transformation of the jail into a market actor,” Bennett said.

For Bennett, the commercialization of jails as for-profit institutions is a cause of the lack of basic rights for inmates and their families.

“The financialization of jails does not simply threaten to corrupt corrections officers or degrade the conditions of jails,” Bennett said. “It focuses the purposes of extraction on the survival and growth of the jail system rather than on the rights and humanity of the imprisoned and their families.”

Bennett and Katzenstein have not yet published their research, but they presented at Georgetown to get input from the crowd.

“This is the first time that we’ve talked about our work, and it is a work in progress,” Katzenstein said.

“This term is more of a shovel than a magnifying glass,” Bennett said. “We are seeking to illuminate how private and public actors work together; it encourages [people] to look inductively at the most decentralized areas of punishment.”