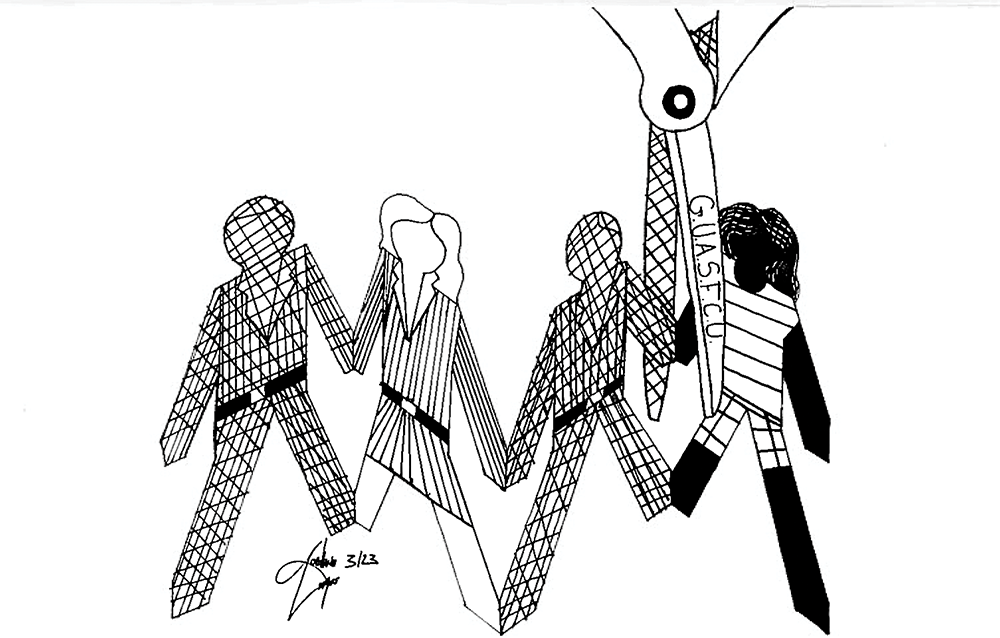 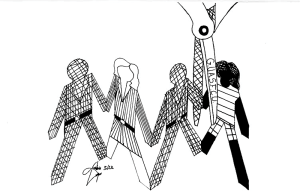 This semester, Students of Georgetown, Inc. welcomed a new group of baristas, cashiers and accountants that I imagine must be among the most wonderfully diverse assemblies of individuals to ever be embraced as “Corpies.” The same day, my own organization, the Georgetown University Alumni and Student Federal Credit Union, admitted its whitest new cohort in the past several interview cycles.

In quantifiable terms, of 64 non-white applicants in our pool this semester, only three were accepted to the organization – a rate of 4.7 percent, compared to a roughly 20 percent acceptance rate for white applicants. As a member of the newly formed Diversity & Inclusion committee and one of the few students of color in GUASFCU, I must lend voice to a question that has been knocking about in my head ever since this disheartening wave of acceptances – when will the Credit Union follow The Corp’s lead and address our own diversity problem?

First, let me say that my opinion is by no means an indictment of the individual first-year students who have recently joined our ranks. I have no doubt that each one of them performed exceptionally throughout the interview process and received a well-deserved offer to join the Credit Union as a result. I would, however, like to call into question the judgement of the individuals who afforded them the opportunity. Although the new tellers are individually marvelous, they are collectively destructive.

The responsibility of the Credit Union’s leadership is not to pick wonderful individuals; it is to pick a wonderful class. Contrary to this obligation, we have constructed an interview process which, while not inherently prejudiced, lends itself comfortably to prejudiced ends when coordinated by fallible individuals. I have seen this imperfect process give preference to implicit biases throughout my time with the Credit Union. One particular instance comes to mind as the most striking example of all that is wrong with our method.

Each semester that I interview our first-round applicants, I meet people that are so astoundingly accomplished that I am forced to wonder how it is that I was ever accepted to the Credit Union. Lucy was one of those people. Lucy was a Muslim young woman of Middle Eastern descent who spent her childhood abroad and chose to fly from her nest for her college years.

I hesitate to divulge too much information for the sake of preserving her confidentiality, but let me assure you that she was nothing short of remarkable. For those reasons and more, I was shocked when she was ultimately denied admission.

Later that week, I ran into a board member who had contributed to deliberations over Lucy’s hiring. I mentioned to him, more as afterthought than inquisition, “Hey man, what happened with Lucy? She killed it in our room.” He instantly responded, “Yeah, she was a really great girl, but I just don’t think she would’ve fit in with the hook-up culture here at the Credit Union. I wouldn’t have wanted her to feel uncomfortable at our parties.”

I could not believe the words that came out of his mouth. It was as though in his own post-interview elation, it was finally acceptable to pull the curtain away from our seemingly legitimate process and expose it for the beauty contest it was.

His statement spoke far more about the inadequacy of my organization than it did about the character of the candidate. Besides the obvious paternalistic misogyny and cultural ignorance that just oozes from such a ridiculous justification for exclusion, there was also an element of proud bluntness in his response.

Internally, the most commonly cited reason for shutting someone out of our ranks is that he or she would not “fit with the culture.” This leads me to two questions. First, what is this culture we are preserving? And, as we continue to admit almost exclusively white people to our organization, how could a student that embodies diversity in all its many meanings ever fit comfortably into this highly coveted mold?

The former question was answered very clearly by one of the gatekeepers himself. His mentality is insensitive at best, outright discriminatory at worst, and shows that there is something fundamentally wrong that should not go unaddressed.

The latter question is the one that now confronts our organization. The Credit Union remains, in my own opinion, the single best opportunity for pre-professional development on our campus. It is an opportunity that should be available to all the varied individuals that roam our halls.

But such a shift in mindset will not be self-starting. It will require the transformation of a body that has been well-entrenched in its procedures as long as I have been a member. That said, if The Corp can confront its own flawed practices, I have no doubt that we at the Credit Union are capable of the same level of introspection.