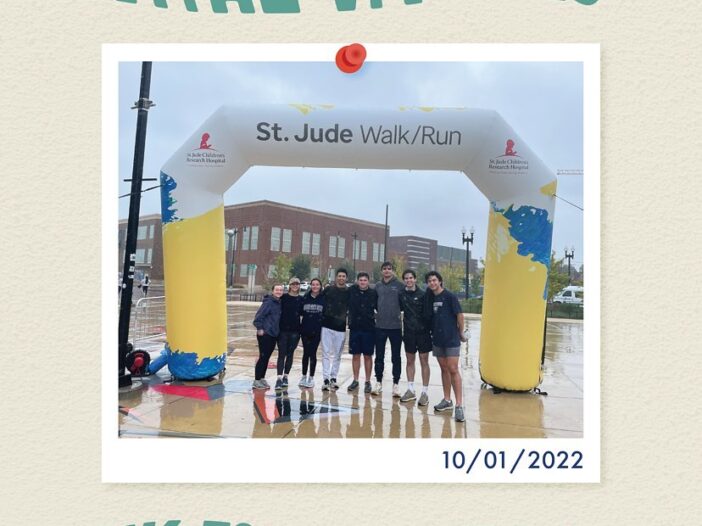 The staff of on-campus grocery store Vital Vittles raised $800 for cancer research through their participation in the Washington, D.C. 5K for St. Jude Children’s Research Hospital.

Eight employees at Vittles, the flagship storefront of student-run business The Corp, participated in the Oct. 1 walk and run event, where 1,388 people from around the District collectively raised $180,836.61 for St. Jude’s. The hospital is dedicated to pediatric cancer and life-threatening disease research and to providing treatment for children around the world, free of charge — efforts that are funded by events like the 5K.

“It is a cause that has made such a difference in its years of operation, contributing to the increase in the childhood cancer survival rate from 20%-80%,” McSherry wrote to The Hoya. “After we researched more about everything that St. Jude does, we were even more eager to support this great organization.”

McSherry said cancer survivors and family members of cancer patients were present and shared their stories at the event.

“It was a really beautiful event that made the fundraising process that much more rewarding,” McSherry wrote.

Joshua LaRock (MSB ’23), the director of Vittles, said the team’s participation in the fundraiser was part of The Corp’s efforts to expand their community impact beyond the Hilltop.

“When our social committee proposed the opportunity to run the 5K for St. Jude, we did not hesitate to organize a team,” LaRock wrote to The Hoya. “The store bonded over a shared cause to treat and defeat childhood cancer with support from family, friends, alumni, and the Georgetown community.”

Vittles customer Olivia Kruszewski (NHS ’26) said she was happy to hear employees at the store were raising money for the hospital.

“I love to see the students of Vittles finding a way to give back, engage with the local community, and exemplify our Jesuit values by working for the greater good,” Kruszewski wrote to The Hoya.

“We utilized our alumni communication channels to spread awareness; their support and thoughtful messages really made a heartfelt impact within our store’s community,” LaRock wrote.

The Corp also solicited donations from current Georgetown students, putting posters up in and around the storefront with links to the donation portal, according to McSherry.

The Vital Vittles team fell $200 short of their $1,000 fundraising goal, but LaRock said their fundraising efforts are still ongoing and community members may continue to donate through the portal through Dec. 31.

McSherry said following the success of the 5K, Vital Vittles employees hope to participate in similar events in the future.

“This experience was beyond fulfilling,” McSherry wrote. “We are so thankful to everyone who has donated and taken time out of their day to raise awareness about our goal. We are looking forward to future fundraisers with them as well as collaboration with other impactful organizations!”

The Corp was founded 50 years ago as a way for students to raise money to help community members in need, and LaRock said this principle still guides the organization.

“The Corp was founded in the spirit of philanthropy, and that remains as the driving mission of The Corp today,” LaRock wrote. “Thousands of dollars in scholarships and dozens of partnerships have occurred in the past 50 years, and we look forward to deepening this impact on and off campus in the next 50 as well!”