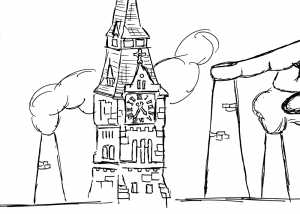 These problems are at the crux of the argument for divestment, a global movement by investors, students, faculty and alumni on campuses across the country — including our own — to encourage the removal of holdings from the 200 largest fossil fuel companies, as defined by carbon in proven oil, gas and coal reserves. Georgetown’s endowment — made up of a variety of financial assets and investments — is about $1.4 billion. Around 8 percent is invested in both commingled mutual funds and direct holdings in fossil fuel companies.

The university itself has already recognized the importance of divestment. In June, Georgetown’s Board of Directors released a statement that said they “will not make or continue any direct investments of endowment funds in companies whose principal business is mining coal for use in energy production.” While this decision (which affects less than 2 percent of Georgetown’s endowment) did validate the divestment movement, it failed to match the gravity of the environmental issues at hand. This step in the right direction begs the question: If partial divestment is acceptable, what is the problem with a full commitment to divestment?
Few — if any — members of Georgetown’s board deny the existence of human contribution to climate change. If this is the case, there can be no refuting the intertwined climatic, socio-economic and social effects of the fossil fuel industry, such as the disproportionate effects on poorer and low-lying countries. What then, if not moral or environmental, is left of the argument against divestment?

What is left is perhaps the least understood — and most practical — aspect of divestment: economics.

To understand the financial reasons for divestment, we must understand the nature of fossil fuels as an asset. According to the United Nations and the vast majority of scientists, we must keep emissions from warming the planet past 2 degrees Celsius or there will be irreversible damage. Even under this limit, there will be serious consequences to the planet.

This is the concept of a carbon bubble, the idea that the valuation of these companies is vastly overstated because the real costs of carbon dioxide in exacerbating climate change are not taken into account in current stock market value. For example, if the Paris climate talks are successful, Citigroup projects that stranded assets across the industry will total $100 trillion.

Despite this, fossil fuel companies continue to pour billions of dollars every year into finding and extracting new reserves, about $674 billion in 2012. As Bevis Longstreth, a former U.S. Securities and Exchange Commission commissioner, noted in a 2013 Huffington Post article, “there is no good reason for this vast expenditure [investment in fossil fuels] stockholder wealth. It is wasted capital, an offense against stockholders in terms financial alone. It suffices as justification for a fiduciary to divest from any company so engaged.”

These investments are indeed stranded assets, not only because of increasing public pressure to move away from fossil fuels, but also because the returns on these investments would be catastrophic for our world.

Former SEC commissioners and environmental activists are not the only people who see this future. Many hedge fund managers, like Tom Steyer and Al Gore, have divested and have seen a greater return on investments than before. Empires built on oil, such as the Rockefeller Brothers Fund and the Norwegian Sovereign Wealth Fund, have done the same. The movement is growing and we should not miss our chance, lest we face the economic consequences.

The upcoming Georgetown University Student Association presidential election ticket this February will include a referendum on whether Georgetown’s board should divest fully from fossil fuels. When you head to the polls, we urge you to not only think of the social and moral repercussions of our university’s investment in fossil fuels, but also of the economic repercussions of these investments.

Divesting now is not only the right thing to do morally, but it is also the financially responsible decision to make.