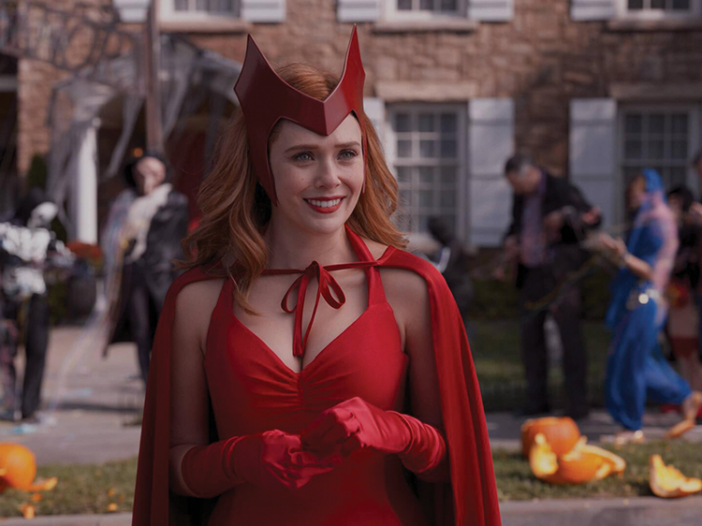 Everything is not as it seems in Marvel’s latest Disney+ miniseries, “WandaVision.” Taking the form of a sitcom rather than the stereotypical superhero narrative, “WandaVision” evokes nostalgia while simultaneously portraying grief, anguish and inner struggle.

The show’s writer and creator, Jac Schaeffer, humanizes the portrayal of superheroes in the series with titular characters Wanda Maximoff (Elizabeth Olsen) and Vision (Paul Bettany) who struggle to adapt to life after the events of “Avengers: Endgame.”

Prior to the series, Vision, a sentient robot created by Tony Stark, was seemingly killed in the Marvel Cinematic Universe after a penultimate battle with arch villain Thanos. This resulted in deep emotional pain for Wanda, who experienced the death of her lover and former Avengers partner.

Schaffer’s portrayal of Wanda’s loss in “WandaVision” pervades the show through powerful scenes of mourning alongside more nuanced elements of storytelling that showcase her heartache through the tone, score and symbolic motifs.

Taking place in the idyllic suburbs of New Jersey, “WandaVision” crafts an engaging visual experience by utilizing the evolution of sitcoms to draw the audience into an inception-like show within a show.

In the first episode, a clearly disoriented Wanda and Vision are shown scrambling to recall a special event marked on their calendar while simultaneously trying to piece together where they are and why. At the onset of the miniseries, there is only one constant: confusion.

As the season progresses, the cinematography evolves from grayscale to colorized, as the show follows Wanda’s journey through the five stages of grief, starting in denial and ending in acceptance.

Further breaking from cinematic norms, the series employs a range of screen aspect ratios to show the evolution of the American sitcom in “WandaVision.” These changes diversify the viewing experience while also serving as cues the show is moving through different time periods of television. This constant variety provides visual stimulation while allowing a distinctive viewing experience.

One standout feature of the series is its focus on powerful women. Schaffer’s understanding of the complexities of female melancholy provides a refreshing shift from traditional tales of male superhero supremacy in the Marvel Cinematic Universe. The show’s protagonist and antagonist are both women, each dealing with complex struggles and backgrounds that legitimize their power and pain.

Unlike most shows presented on subscription streaming services, audiences were forced to wait weekly for new episodes of “WandaVision,” as they were released each Friday. The slow rollout of the show stirred excitement among its viewership, instigating plethoras of fan theories that circulated online via social media. During the COVID-19 pandemic, “WandaVision” provided fans with something exciting to look forward to with the release of every new episode.

However, after the finale, fans took to Twitter to express their discontent with the close of the show. The nine-episode series consisted of tense rising action, yet the widespread expectation of a cheerful conclusion for Wanda and crew was ultimately left unfulfilled. Incidentally, the finale of “WandaVision” mirrored the emptiness shown in Wanda’s mourning, although not to the series’ benefit.

Although unsatisfactory, the finale succeeded in serving a broader narrative of portraying human resilience and empowerment, as Wanda’s actions in the finale demonstrate grief is conquerable.

Since “WandaVision” lives in a much larger universe governed by Marvel, it is imperative to note the loose ends left by the finale are perhaps not necessarily a failure of the showrunners, but rather a well-thought-out decision to continue plot points in the show in future seasons. Instead of shutting the door on particular storylines, the finale swings the door wide open to a world of possibilities for the characters of “WandaVision” in the Marvel Cinematic Universe.

Ultimately, one thing about “WandaVision” is certain: it pushes the boundaries of what viewers expect from Marvel. The creators of the series took a risk by playing with genre and filmography that paid off in incredible ways. With its unique portrayal of mourning and female empowerment, “WandaVision” succeeds as a standout narrative that is drastically different from the stereotypical action-packed superhero tropes expected from Marvel.