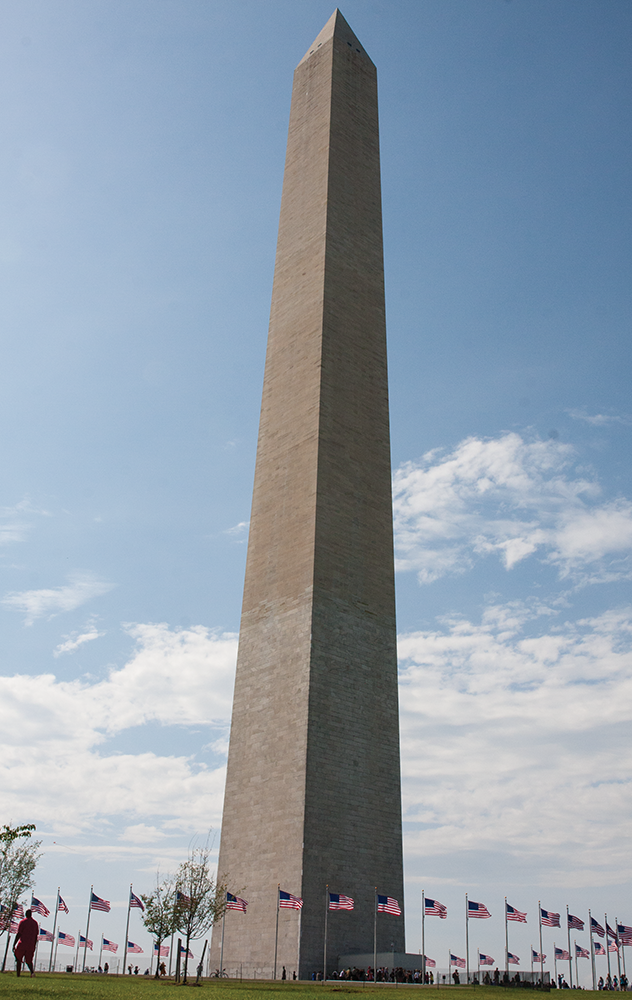 The Washington Monument, one of D.C.’s most prominent landmarks, reopened Monday after closing for repairs in August 2011. Of the current student body, only seniors arrived on the Hilltop before the monument closed, and its reopening coincides with their graduation.

The monument required repairs following the Aug. 23, 2011, East Coast earthquake that created cracks in the marble and granite tower. The $15 million spent on repairs over the past 30 months included the covering of the landmark in scaffolding, much to the disappointment of students and their visiting families.

The completion of the repairs was marked with a ceremony May 12. The ceremony, hosted by Al Roker, featured performances by Candice Glover, winner of “American Idol,” the Old Guard Fife and Drum Corps, the U.S. Navy Band and the Boy and Girl Choristers of the Washington National Cathedral Choir. Tours began in the afternoon following the ceremony.
Construction on the monument began in 1848 and continued until 1854 when it was put on hold because of a lack of money and the impending Civil War. The government continued construction in 1879 and completed the monument in 1884.

The monument soars above the relatively short city skyline, making it easily identifiable from many points in D.C. The viewing deck, 500 feet above the Mall, provides excellent views of both the city in general and many other D.C. landmarks, such as the Capitol building and the White House. Don’t let the prospect of climbing to the top deter you — there is an elevator for visitors to take the viewing deck. After visiting the deck and taking in the sights, don’t miss the museum located 490 feet above the Mall. A visit to the monument completes any visit to the National Mall and should definitely be included in your D.C. itinerary.

If you’re in town this summer, take advantage of the newly reopened monument and experience D.C. from a new perspective.

Free, timed tickets can be reserved in advance via the Washington Monument’s website (be warned, there is a service fee) or picked up in person on the same day.