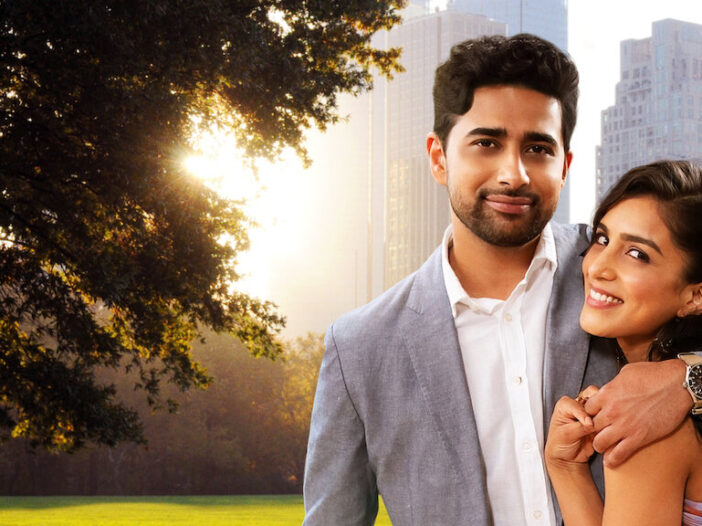 Released in August 2022, “Wedding Season” quickly rose to Netflix’s Top 10 Most Watched list, joining a spate of other Netflix productions centered on the lives of Indian Americans. Such titles include the third season of “Never Have I Ever,” a high school drama produced by actress Mindy Kaling, and “Indian Matchmaking,” a half-documentary, half-reality TV show about modern arranged marriages.

These titles, along with “Wedding Season,” have sparked conversations about the growing prominence of Indian Americans in the United States, as well as the importance of representation. It is a new and exciting phenomenon to see Asian Americans as leads, rather than as token side characters.

Directed by Tom Dey and written by Shiwani Srivastava, “Wedding Season” follows the lives of Asha (Pallavi Sharda), an independent career woman, and Ravi (Suraj Sharma), a nonchalant MIT genius. Facing parental pressure to get married, the two decide to fake a relationship during the Indian wedding season. The line between the fake and the real quickly begins to blur, though it remains unclear whether their relationship can survive its uncertain beginnings.

While no piece of media can be totally representative of an entire community, “Wedding Season” makes a strong attempt to do so. Though exaggerated at times — I promise, not all Indian parents actually make dating profiles for their kids, nor do they plan surprise engagement parties pre-engagement — the film felt generally accurate.

The movie represented the large communities of friends that feel more like family, beautiful clothing and extravagant weddings and gossipy but well-meaning aunties that are common in the Indian community — as well as, of course, the spelling bee champions.

Additionally, “Wedding Season” authentically portrays the struggle of managing a career and family life. Asha, for instance, is clearly aware of how her parents struggled to give her every opportunity to help her reach the success she had attained but still chafes at their often overbearing presence. Her battle with feelings of guilt and gratitude is likely relatable for many in the intended audience.

Ravi is also entwined in this struggle, providing crucial support to Asha’s career along the way. Asha must choose between her career and her commitment to her family and Ravi, successfully driving the plot of the film.

However, despite its virtues as part of the emerging field of Indian American-led media, the characters and cliches of “Wedding Season” end up being its downfall.

The film’s shortcomings primarily relate to its unnecessary reliance on overdone tropes. Even ignoring the fact that the entire premise of the film is fake dating, “Wedding Season” includes frustrating moments of miscommunication, scenes positioning the main character as the stereotypical “cool girl” who actually eats burgers and fries, and irritating wedding confession speeches.

Who takes over someone else’s wedding to talk about their son’s college path? Exactly.

There were an abundance of other frustrating moments, too. The film portrays a perfect world where investors would care more about “the heart” of a project than the numbers; one has to suspend disbelief seeing Asha’s parents randomly show up and interrupt her work on a consistent basis.

As a whole, however, the film is a true romance. Asha and Ravi have chemistry; the progression of their relationship feels natural and believable, following tried-and-true cliches from fake dating to falling in love. The film is fun to watch and perhaps even more fun to watch and laugh about with friends.

Anyone looking for a relatable, no-stress film featuring Indian American representation is sure to enjoy “Wedding Season.”