Choosing a major can be one of the most consequential, agonizing decisions that we make in our college careers. Unsurprisingly, male and female students tend to choose different majors. We most often hear in the popular press about low female participation in STEM and economics majors, which boast higher starting salaries and increasingly more job opportunities.

So what gender differences in major choice exist at Georgetown?

In the chart below, we can see — as one might expect — female participation lags in most of the STEM and econonomics majors. Interestingly, females dominate the majors offered through the biology department. More on this later. 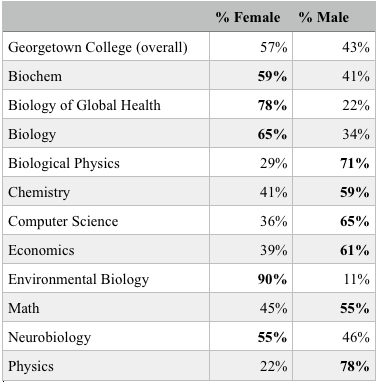 Now, a more important question: Why do fewer female students choose to major in STEM and economics fields at much lower rates than males? This semester, as I’ve done research for my thesis (which focuses on a slightly different topic in education), I’ve seen a complex web of causes and effects between gender and major choice. Two phenomena in particular — the role model effect and differences in sensitivity to grades — have interesting implications for universities like ours.

Advocates for the influence of role model effect argue that because women earn far fewer doctorates in STEM fields than men, female undergraduates do not have as many female professors to look up to as role models. Thus, discouraged female students switch to majors with a stronger female faculty presence, commonly in the humanities or languages. On a more positive note, the role model effect may be driving the much higher female presence in biology-related majors. Among the biology faculty at Georgetown, 55 percent are female (for comparison’s sake, I also looked at the economics department, which has only 18 percent female faculty). Furthermore, the female professors in the iology department occupy prominent positions in areas of undergraduate study, ensuring plenty of interaction with prospective female biology majors: Professors Martha Weiss and Heidi Elmendorf direct undergraduate studies and the environmental biology and biology of global health majors, respectively, professor Anne Rosenwald also co-directs the biology of global health major, professor Maria Donoghue co-directs neurobiology, and professor Janet Mann is vice provost for research.

Beyond faculty makeup, grading systems often differ among and within universities. Interestingly, several economists have found that female and male students have different sensitivities to receiving low grades. In a study of undergraduates at the University of Kentucky during the fall 2012 semester, researchers from Duke found: “The average female student who opts out of a STEM major has a GPA that is about 0.36 points higher than her male counterpart.” This suggests that female students may be more sensitive to low grades (either in absolute terms or relative to “successful” students of the same gender) leading to a higher likelihood of exiting from majors that are stingier with grades” (Arcidiacono 2014). Put another way, after receiving the same grades, female students were more likely to drop out of the STEM major than males.

Of course, a decision as complex as major choice depends on more than just the two effects that I’ve explained so far. However, university policymakers and professors ought to keep the role model effect and grade sensitivity in mind when hiring new faculty and designing undergraduate curricula. 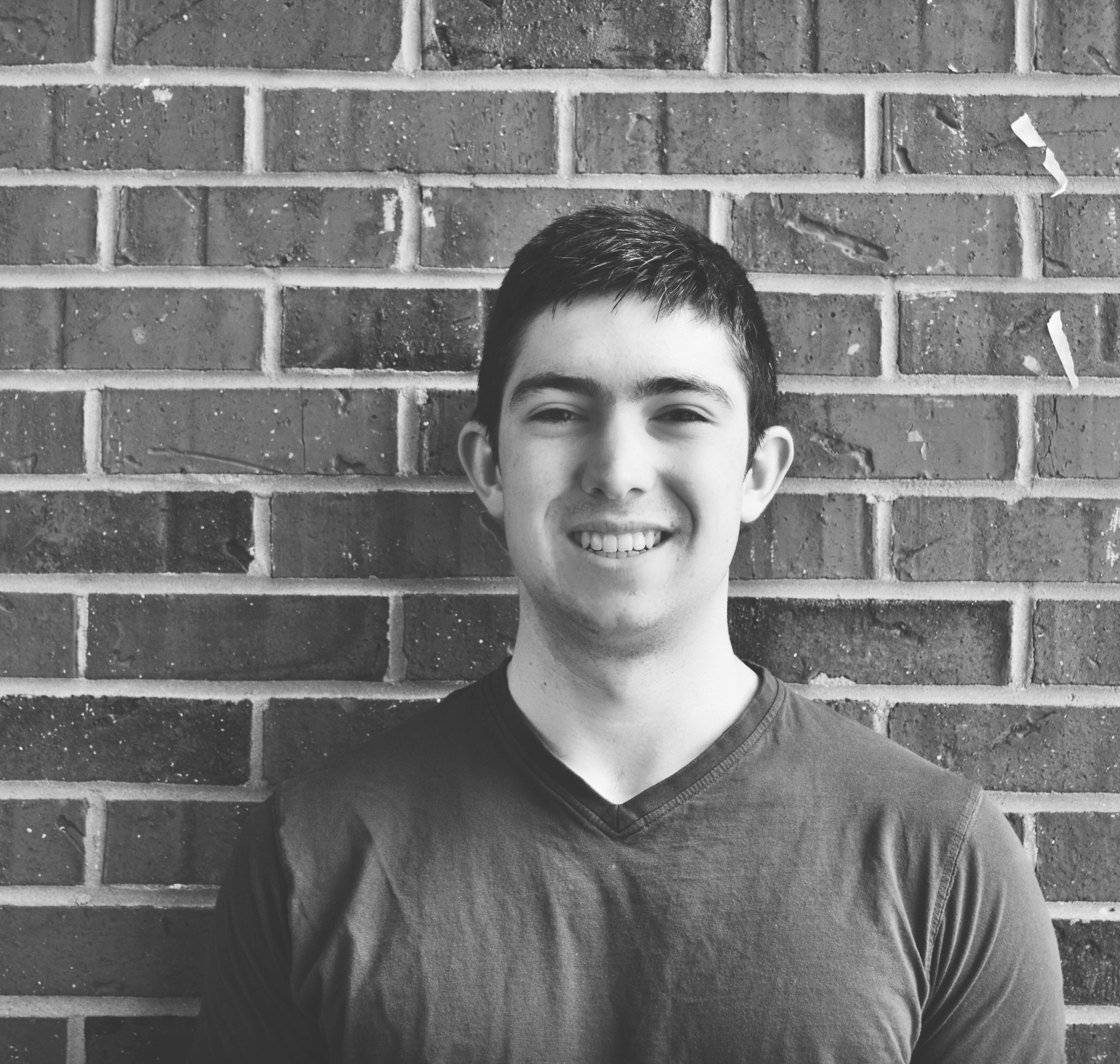 Paul Healy is a senior in the College. Hoya Sapiens appears every other Monday on thehoya.com.