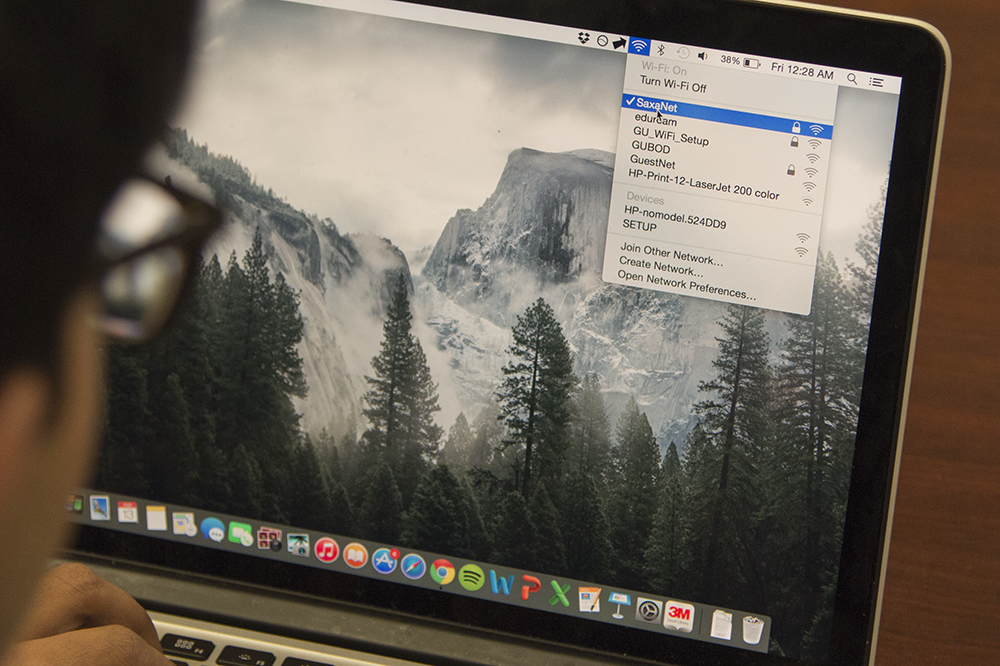 Georgetown University plans to invest $120 million to upgrade Wi-Fi infrastructure in all 66 campus buildings, over the course of five years, through an agreement with Verizon Wireless.

Improvements have already been completed in Alumni Square and the Preclinical Science Building, resulting in speed improvements from two to 10 times the previous speeds, according to Vice President of University Information Services Judd Nicholson. However, other residence halls are not scheduled to receive improvements until 2018.

Students will receive notification before improvements begin, and some living in the Southwest Quad have received email notifications about preliminary testing to precede the improvements. Nicholson said that students have been involved from the very beginning of the process, with the Georgetown University Student Association and the Student Technology

Advisory board helping UIS test new technology and reporting back to Nicholson.

The improvements follow an agreement reached in January with the mobile and broadband services company after a two-year search for a solution to a technical problem related to usage capacity that could significantly impact the operations of the institution.

While planning improvements to the university’s Wi-Fi, the administration noted inconsistencies in the operation and usage of the Wi-Fi in specific areas, according to Senior Director for IT Infrastructure and Chief of Operations Scott Allen.

“We have Wi-Fi everywhere, but there are some locations where the signal was weak, and what you end up with is sometimes your computer may switch from one network to another, and, although you have Wi-Fi, it can be frustrating,” Allen said.

Installing the new Wi-Fi network would cause service outages of varied length, depending on the extent of the renovation in each particular building. Students expressed concern over the repercussions of the Wi-Fi outages and called for improvements to be made when classes are not in session.

“Wi-Fi improvements are necessary. It is very frustrating for Wi-Fi to stop working while streaming a video or writing on a Google Doc,” Maria Pombo (COL ’ 20) said. “Nevertheless, I think this improvement should be done when classes are not on, like Thanksgiving break or Christmas break, because turning off the Wi-Fi on campus for an extended period of time can negatively impact students.”

Nicholson said that to complete the large-scale improvements across campus within five years, work on the Wi-Fi in dorms and buildings will be done during the school year.

“The first year we’re trying to touch about nine buildings, then, after that, we significantly ramp up to about 30 or so, with the goal of completing all 66 buildings by the end of that five years,” Nicholson said. “So we will be working to collaborate with student affairs and the residence hall leadership and the students to be in the residence halls and the dorms and the classrooms during the year.”

Measures are being taken to limit the effects this will have on students, Allen said.

“We look at the usage patterns of every single building, and then we work with Verizon to actually schedule any disruptive work to minimize outages during periods,” Allen said.

The improvement project is one of many major Wi-Fi-related undertakings the university has engaged with in recent years. In January 2016, UIS overhauled the Wi-Fi system of Lauinger Library, although without the assistance of Verizon.

Though the university has also checked and updated Wi-Fi in every building since 2007, the university’s current partnership with Verizon establishes a standardized way to improve Wi-Fi campus-wide over a number of years, as opposed to working with multiple vendors and organizations on each project.

“Verizon submits to us plans for doing the replacements, and we review those plans and work with Verizon to make sure we’re applying lessons learned from the past and applying what we know about university usage,” Allen said.

The university has made its building plans and some details of the agreement with Verizon available on its website, as well as suggestions for students to adjust during the coming improvements. Nicholson expects that the agreement will lead to prolonged development.

“I would say this project and the contractual agreement with Verizon is an effort to put us in position to do continuous improvement,” Nicholson said.