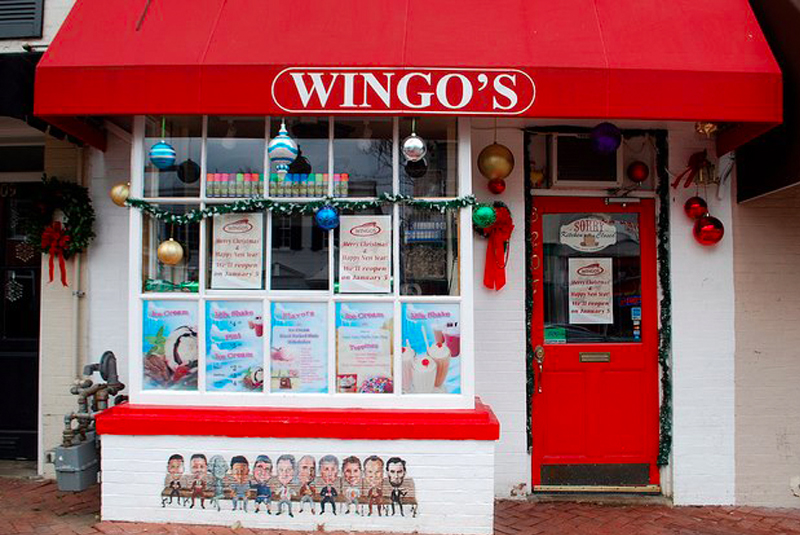 A kitchen fire ripped through the beloved Georgetown carryout, Wingo’s, on June 26, leaving the store shuttered for at least two months.

Nearly 80 firefighters responded to the scene at around 11 a.m., and the flames took almost three hours to get under control. The two-alarm fire, which began in Wingo’s kitchen before rapidly spreading, has been deemed an accident, according to a tweet from the D.C. Fire and Emergency Medical Services Department.

The fire spread through the walls and ceiling in the one-story building, according to the D.C. fire department. Heavy smoke from the fire was visible from several blocks away, and firefighters called in additional crews from outside the city to help manage the flames.

Wingo’s has been a neighborhood staple since it first opened its doors in 1983, drawing in Georgetown residents and students alike, with its extensive list of wings and dozens of sauces. Wingo’s said in a Facebook post it plans to reopen as soon as possible. The Georgetown location is currently boarded up.

“We promise to come back stronger than ever before! It is in these moments of adversity where the Wingo’s community excels,” the eatery wrote in the Facebook post.

In a comment on the post, Wingo’s estimated that reopening will take two to three months, putting its return near the start of Georgetown University’s fall semester.

Wingo’s is adored by many Georgetown students, who often flock to the restaurant for half-price wings on Wednesday night and hours that extend until 3 a.m. on the weekend. Some students took to social media to express their feelings about the fire.

Fatima Dyfan (COL ’21) shared a story about a Wingo’s employee who helped her receive free delivery on her order during finals week, although she initially ordered pickup.

Wingos burned down… @Wingos thank you for being loyal to me freshmen year. Once I ordered Wingos on Tapingo and I wanted to save money and ordered pick-up (I was with the birds and forgot that finals week was free delivery. the man told me that if I had called… they would’ve

“It was then that I knew that someone really had my back,” she wrote.

Wingo’s recently acquired a second location at 2218 Wisconsin Avenue in nearby Glover Park, and it hopes to open its doors August 1, according to a Facebook post.

English Rose Garden is also currently closed and sustained heavy damage. An employee who was working at the time of the fire told WUSA 9 the “shop is gone.”