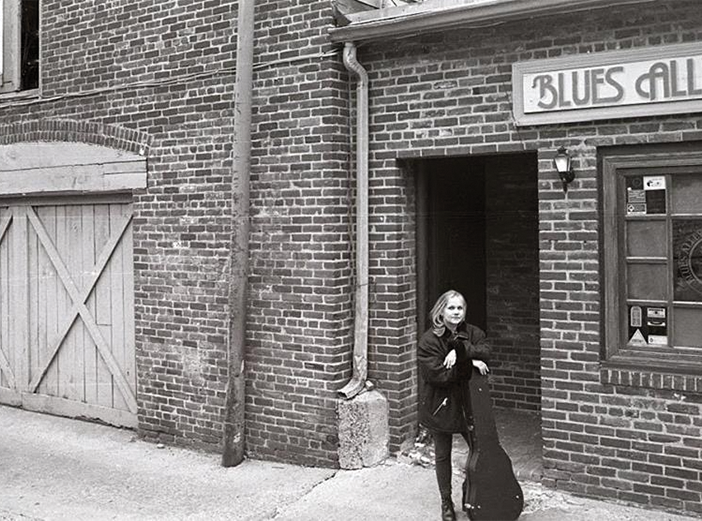 The space occupied by longtime Georgetown music establishment Blues Alley Jazz Club has been put up for sale by building owners, but venue leadership says the club is not going anywhere.

Blues Alley, located on Wisconsin Avenue, was founded in 1965 and has hosted well-known jazz performers like Miles Davis and Eva Cassidy since its opening. As a result of the COVID-19 pandemic, the venue closed its doors to the public last March. After negotiations over the lease between Executive Director Harry Schnipper and building owner Snyder Properties, the building has been listed for sale, according to NBC4.

However, Schnipper says reports of the venue closing are false. Although the property is for sale, Blues Alley does not plan on closing permanently, according to Schnipper.

“We have a lease, so we’re planning to stay there. We have every intention of staying in the District of Columbia,” Schnipper said in a phone interview with The Hoya. “Just because the owners put the property on the market doesn’t mean that we are going to move. We just can’t reopen because of the pandemic.”

Blues Alley is looking for an alternative location in Washington, D.C., in the interim, Schnipper said, as the venue is too small to accommodate live music and an audience based on D.C.’s phased reopening plan and social distancing regulations.

The venue is working through the pandemic’s challenges, according to Schnipper.

“I would say it’s frustrating, but I don’t think it’s — I’m going to use the word — unnavigable,” Schnipper said. “First of all, we’re America’s oldest continuously operating jazz supper club. We have been in business for 56 years. The bad news is that we are now probably the only jazz club left in Washington, D.C.”

Other jazz clubs in the District, including Bohemian Caverns and Twins Jazz, have closed permanently during the pandemic.

Blues Alley has streamed virtual performances weekly from the National Press Club in downtown D.C. The venue also has a variety of upcoming virtual events planned, including an International Jazz Day celebration and the Annual Ella Fitzgerald jazz vocal competition, according to Schnipper.

The jazz club is a valuable source of cultural life, according to long-time Blues Alley attendee Maurice Jackson, a professor in Georgetown University’s history department and African American Studies Program and the affiliated professor of music (jazz).

“It was a place that served as a hub for people of all colors, class and everything to be. It was not a fancy club, it was sort of dumpy in some ways. There was nothing fancy about it, but that was also the beauty about it,” Jackson said in a phone interview with The Hoya. “It’s a landmark. We don’t have many places like that left where people can just go.”

Schnipper hopes to reopen the venue later in 2021 and to potentially open full seating capacity by the year’s fourth quarter, according to the Blues Alley website. In the meantime, the venue is working to support the jazz genre, according to Schnipper.

“We continue to keep jazz music alive via our loyal listeners, by supporting our local musicians, our staff Go-Fund-Me campaign, our industry partnerships and our Blues Alley logoed merchandise sales,” Schnipper wrote in a statement on the Blues Alley website.

Moira Ross, a wait staff member at Blues Alley, organized a GoFundMe page to support the club’s bartenders, waitresses and employees during the pandemic that raised over 33 thousand dollars as of yet. After years of hosting jazz legends, Blues Alley is now in need of assistance, according to Ross.

“My 22 years working with the wait staff seems minimal when compared to others who have spanned over 3 decades,” Ross wrote on the GoFundMe page. “Now my Blues Alley family needs help.”

The value of Blues Alley extends beyond the music itself, according to Jackson.

“Jazz does so much to bring people together,” Jackson said. “It does so much in analyzing social problems. If you listen to the lyrics, if you listen to what the musicians, human beings really care about the social conditions. They travel all over the world carrying their music, but they like coming back to places like Blues Alley because it was always a place like home.”