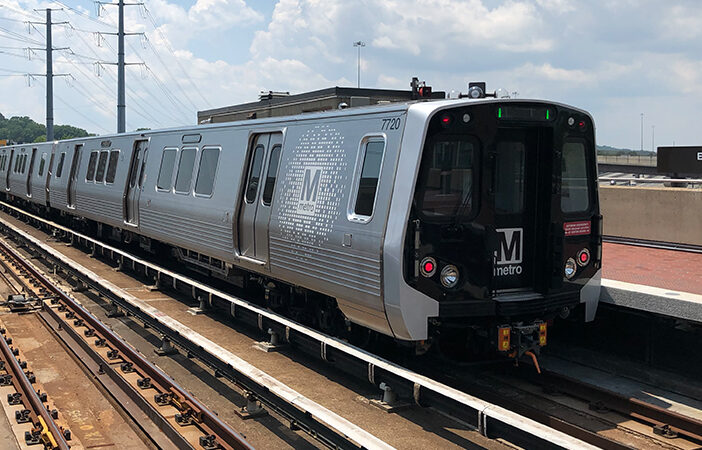 Metro trains will be delayed until at least Nov. 15 amid an ongoing investigation into a recent train derailment.

Riders found themselves in a dark, smoky Metro car after an Oct. 12 derailment of a Blue line train. The incident prompted the National Transportation Safety Board to investigate, and Washington Metropolitan Area Transportation Authority (WMATA) removed all 7000-series trains from service for inspection, reducing the number of trains in operation by 60%. As a result, Metro customers are facing significant transit delays while WMATA seeks to resolve the safety concerns.

According to an Oct. 19 press statement, customers should expect delays on all lines as WMATA continues operations with significantly less trains available for service.

“While Metro aims to provide service consistent with the announced basic service plan through the rest of the week, customers should anticipate trains every 15-20 minutes on the Red Line and every 30-40 minutes on all other lines to account for any unplanned disruptions,” the press statement reads. “There is currently no capacity to fill unforeseen gaps, which will result in longer wait times.”

Georgetown University students, who can access the Dupont Circle and Rosslyn Metro stations via the free Georgetown University Transportation Shuttle, will also experience similar delays. As of Nov. 1, service on the Red line, which runs through the Dupont station, will operate every 15 to 20 minutes, while the Blue, Silver and Orange lines, which serve the Rosslyn station, will run every 30 to 40 minutes. As a result of train shortages, the Silver line will only operate between the Wiehle-Reston East and Largo Town Center stations.

In an effort to alleviate some of the inconvenience caused by the Metro delays, Mayor Muriel Bowser (D) announced a partnership with Lyft on Oct. 25 to provide free 30-day Capital Bikeshare memberships to D.C. residents who register. The initiative will make the District more accessible while residents wait until they are able to return to their previous commute and transportation routes.

WMATA is working to put old 2000, 3000 and 6000-series trains into service in an effort to increase the number of trains available from 31 to 50 and expects to have 39 trains in service as of Nov. 1, which will allow the Silver line to be extended.

Delays will be in effect until at least Nov. 15 while WMATA works with the Washington Metrorail Safety Commission to get all 7000-series trains safely returned to service, according to Metro General Manager Paul J. Wiedefeld in an Oct. 28 press statement.

“We’ve completed inspections of every 7000-series railcar, over 3,000 axles in all, and are now working with the WMSC on a testing plan that will allow the trains to safely return to service,” Wiedefeld wrote in the press statement. “We will continue to provide regular updates to our customers and the public as more is known about a timeline for full service restoration.”