The Hoya’s annual Basketball Preview has everything to get you ready for the 2014-2015 Hoya basketball season: 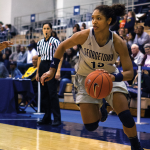 Despite the efforts of senior forward Andrea White and freshman center Natalie Butler, the Hoyas limped to an 11-21 record

After a streak of five straight seasons finishing with a winning record and three straight qualifying for the NCAA tournament, last year marked the second season in a row that the Blue and Gray failed to do either. 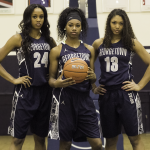 After Natalie Butler and Shayla Cooper transfer, GU looks to improve in a new system

With basketball season finally here to quiet the rather unusual amount of offseason drama, energy grows by the day on the floor of McDonough Arena. Yet just a year removed from having the 16th-ranked recruiting class in the country, two of Georgetown’s most skilled players have departed, leaving the already young team with only three sophomores. 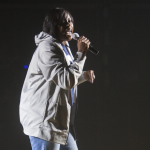 The former Georgetown assistant comes back as head coach, aiming to send the Hoyas back to the NCAA tournament for the first time since 2012

“Coach A,” as she is known by her players, is 6 feet 2 inches tall and her wide smile and firm handshake are captivating. She has won and lost in every role of college basketball: on the court, the sidelines and the recruiting trail. In doing so, she has developed a patient demeanor and exudes a calm confidence that will serve her well in her first season at the helm of a Georgetown women’s basketball program wracked by instability over the past two years. Adair returns to the Hilltop after being an assistant coach for the Hoyas from 1998 until 2004. 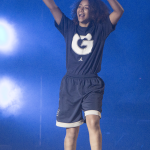 Five newcomers to contribute from day one

The addition of five freshmen to the roster of the Georgetown women’s basketball team has provided an additional jolt of youth to an already young roster. On a team that will feature no seniors, the freshmen will all have chances to contribute early as first-year Head Coach Natasha Adair feels out the roster. 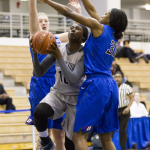 The conference transitions after losing premier programs, including UConn, Notre Dame and Louisville

After a few tumultuous years of conference realignment, 10 schools stand in the “new” Big East that was established in 2013. Although the Catholic Seven has remained intact, the marquee basketball conference that once captivated fans of college basketball across America has ceased to exist. 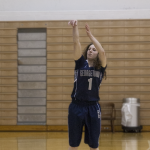 After tumultuous turnover in recent months, including an entirely new coaching staff and the return of only two of the team’s five starters, junior guard and co-captain Katie McCormick is a familiar face who will lead a young Hoyas team into the new season. In the first season of the new-look Big East, DePaul and St.  John’s led the conference, and later each earned wins in the NCAA tournament. This year, several teams around the league  return significant talent, and many teams, including Big East Preseason Coaches Poll frontrunners DePaul, St. John’s and Villanova, will have legitimate postseason aspirations. The Hoyas’ chances, meanwhile, are slim.