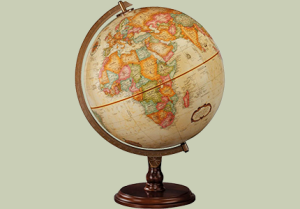 Elaine Ding (SFS ’15) sits in the Cawley Career Center surrounded by her peers, waiting for an information session to start. Similar to other Georgetown juniors, Ding is starting to consider her postgraduate options and has been actively taking advantage of the resources the university offers. Except, unlike most of her peers, Ding is from Hong Kong and finds out after the presentation, that the company, whose spokesperson she had just listened to for the last hour and half, does not sponsor work visas for international students who wish to stay in the United States after they graduate.

Approximately 10 percent of Georgetown’s undergraduate population is international, making up a diverse group of talented young adults pulled from all corners of the globe. Yet while diverse, the members of the international population at Georgetown share two traits with one another: Very few receive financial aid, and all of them are introduced to a different culture when they reach the Hilltop.

International students’ first encounter with life at Georgetown starts well before the first day of classes. They arrive on campus a week before the other freshmen and participate in International Pre-Orientation, a four-day program that consists of information sessions and social events. This program has the added, but not necessarily beneficial, effect of separating domestic and international students before the semester even begins.

For Leonor Dominguez (MSB ’15), this setup was ideal. After growing up in Venezuela, Dominguez found herself drawn to Georgetown for what she admired as the “customizability” of an American education. The opportunity to spend time with friends and those similarly undergoing a cultural transition was a welcome opportunity.

“I absolutely loved the international orientation. I felt at home with my friends and it helped me gain stability before everyone else arrived. It was quite a honeymoon experience,” Dominguez said.

Muriel van de Bilt (SFS ’17) grew up in Brazil and attended a Portuguese-speaking school. For her, the opportunity to meet and develop friendships with other international students made all the difference when first coming to campus. While students from California may fret about the distance between the two coasts and Southern students may joke about adjusting to D.C.’s harsher climate, they are still surrounded by people they, for the most part, understand.

“In the beginning, it is easier to be friends with the internationals. We are all facing the same change: moving away from home, speaking 24/7 a whole different language,” van de Bilt said.

For some, however, the culture shock, language barriers and friendships developed during IPO make transitioning to New Student Orientation and regular college life difficult.

Following IPO, international students join with the other incoming freshmen for NSO. However, connecting with people who didn’t just hop off an intercontinental flight can bring more challenges than expected.

“The most surprising thing to me was the lack of diversity on campus because I came from an international school, so for me, all of my friends were from different countries,” Ding said. “When people asked me where I was from, they weren’t expecting a country. They were expecting a state. And that really shocked me.”

With an inclusive IPO experience juxtaposed with the cultural crash course of NSO, international students tend to remain with the friends made during the former rather than the latter — a divide Nico Dona dalle Rose (SFS ’15) was starkly aware of.

Dona dalle Rose grew up in Milan, Italy where he attended an American international school. Interested in international relations, he was attracted by the environment of U.S. universities and the more flexible curriculums available here. He also wanted the overall experience of studying, living and participating in extracurriculars on campus, an opportunity he did not have back home.

“From the first moment, I noticed among the internationals, you could pick from two giant categories: people who had no interest in spending any time with American students, and those who didn’t even see nationality as being a criteria for friendship,” Dona dalle Rose said. “That is sort of the micro-reality of Georgetown that maybe students don’t realize is going on between internationals.”

Dona dalle Rose also encountered an almost shocking lack of appreciation of international students and their diverse backgrounds. While domestic students are clearly defined but what state they’re from, Dona dalle Rose noticed that everyone clumped all the students coming from abroad as one thing: international.

“They put us all in the same category, but I think you may have more divisions between international students than you do American students,” Dona dalle Rose said. “Why are the two categories one country and then all the rest?”

These stereotypes, however, don’t always hold. Dona dalle Rose found wealth to be less of a factor in social status at Georgetown than it was at his school in Milan. He characterized the major driver of social status here to be achievements, whether in school, internships or extracurriculars.

“I found it strange and interesting that status comes from something else,” he said. “But status is always something bad in general.”

“They’ll come to me and say, ‘Oh Mama Mia, Nico!’ Sure, I’m Italian, but really, after two years, is that the only thing you know about me?” Dona dalle Rose said.

“Logistically, there is a lot of assimilation to do in terms of things like setting up a bank account, setting up a phone and insurance. I had to do all these things by myself, which is hard,” Ding said.

Inconveniences abound on the social scene, too.

“I still don’t understand Americans’ drinking habits. I feel that the whole drinking age just makes people drink more, if compared with home, where drinking is legal and my friends and I drink less on a regular basis,” van de Bilt added.

And times of celebration for American students can be at least foreign, if not lonely, for some internationals.

“A lot of [American] holidays confuse me. Like, what is Thanksgiving? I never celebrated Thanksgiving. And everyone goes home for Thanksgiving and internationals don’t have anywhere to go. Little things like that are hard to get used to,” Ding said.

Ding is interested in going into education, and has recently frequented the Career Center to try and find the ideal program for her interests. But Teach for America, New York Teaching Fellows and Knowledge is Power Program are only open to Americans.

“Just because I’m not American doesn’t make me any less of a good teacher,” Ding said.

Dona dalle Rose, who hopes to stay in the United States and doesn’t want to go back to Italy after graduation, also faces the prospect of stunted job opportunities. He originally was impressed by Georgetown’s international relations options, but careers that interest him aren’t available because of his citizenship.

“As an international student, I don’t have access to any American government jobs,” Dona dalle Rose said.

With knowledge of these challenges ahead, a great deal of courage is required to leave everything familiar behind and embrace a new culture.

“I think any individual, if given the option to stay in that safe, cozy environment that they’re used to or explore something exciting new, different, and potentially scary, most people would choose the comfort,” London native Beatrice Fabris (COL ’16) added.

Despite these challenges, the experience of studying abroad — not for a semester, but for four years — is worth it for most international students.

“Some students were trying to be exclusive and anti-American, and my advice was exactly the opposite,” he said. “Having American friends and enjoying the American side of the experience doesn’t affect your identity as much as some people like to think. Don’t go in with any expectations or preconceived notions. Make friends just based on whether you like them or not.”

“No one is a global citizen. You’re just a hybrid of things. Everyone is, even those who have never left the United States,” Dona dalle Rose said.