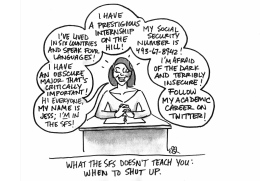 The whole thing reads like a political fairy tale: In a race to fill the seat of the Liberal Lion of the Senate, in arguably the most Democratic state in the country, with the fate of Ted Kennedy’s lifelong legislative aspiration literally hanging in the balance, a Republican surges from behind to a resounding victory. It is the political upset of the decade. And it comes only one year after President Obama was supposed to have realigned the political map and assure a liberal ascendancy.

The most immediate result, of course, will be the death of the health care bill. Obama – whose political standing has taken yet another blow – will be in a weaker position to advocate for its passage. Moderate congressional Democrats – already nervous about the controversial votes they have been forced to stomach – are on the cusp of outright revolt. And several senators have already made clear that all legislative action must be put on hold until Senator-elect Scott Brown (R-Mass.), who has indicated – indeed campaigned for – his potential role as the 41st vote against the legislation, is seated.

Of course, Congress may ultimately pass a health care bill of some sort. Nothing is for sure in U.S. politics – that much has been proven by the Obama saga. It appears clear, however, that the health care bill in its current form is doomed. Pundits and commentators will point to Democratic management in explaining the failure of the bill. And they will be wrong. Of course, the Democrats did little to help their own cause. But the failure of the health care bill is not from ineptitude of the ruling party; it is a failure of a mindset, an ideology, a general approach, which assumes that the federal government and its cumbersome, inefficient bureaucracy can solve our nation’s most entrenched public policy problems. The push for the health care bill – in which the private sector remains merely a nominal veil to shield government shot-calling – was the recent high-water mark of this mentality.

And while the health care bill is the most recent attempt for federal domination, it is far from the only attempt. Even when they pass, whether Republican or Democrat, legislative agendas that attempt to order large swaths of national life and culture through federal coercion always take on the same form: They touch upon too many interests, reign over too diverse a population and society and operate with too blunt and clumsy a mandate. The deals that were struck in order to shepherd the health care bill through the Senate seemed at best unfair, at worst, corrupt. Yet these deals are an inevitable result – an avoidable consequence – of a federal government that assumes it can take on one-sixth of a national economy and reorder it, as if retooling a machine that has malfunctioned. What is needed in Nebraska is not the same as what is needed in Massachusetts – as the “cornhusker kickback” and the election results in Massachusetts surely show. What is needed by union members is not needed by other workers – as the special tax break for union health care plans, and the backlash it has caused,undoubtedly show. And what is needed by the United States as a whole is certainly not a sweeping bill that forces us to choose between the inequitable and unsatisfactory.

Let the health care bill serve as a lesson to Democrats and Republicans alike. Just because a problem has national implications does not mean that it requires federal solutions. Just because the federal government can step in does not mean that it should. As a democratic state that delivered Obama a smashing victory in November, but a crushing defeat in January, has shown us that the only thing that should, and will, remain national about this bill is its rejection.

Jeffrey Long is a junior in the College. He can be reached at longthehoya.com. Conscience of a Conservative appears every other Friday.

*To send a letter to the editor on a recent campus issue or Hoya story or a viewpoint on any topic, contact opinionthehoya.com. Letters should not exceed 300 words, and viewpoints should be between 600 to 800 words.*”