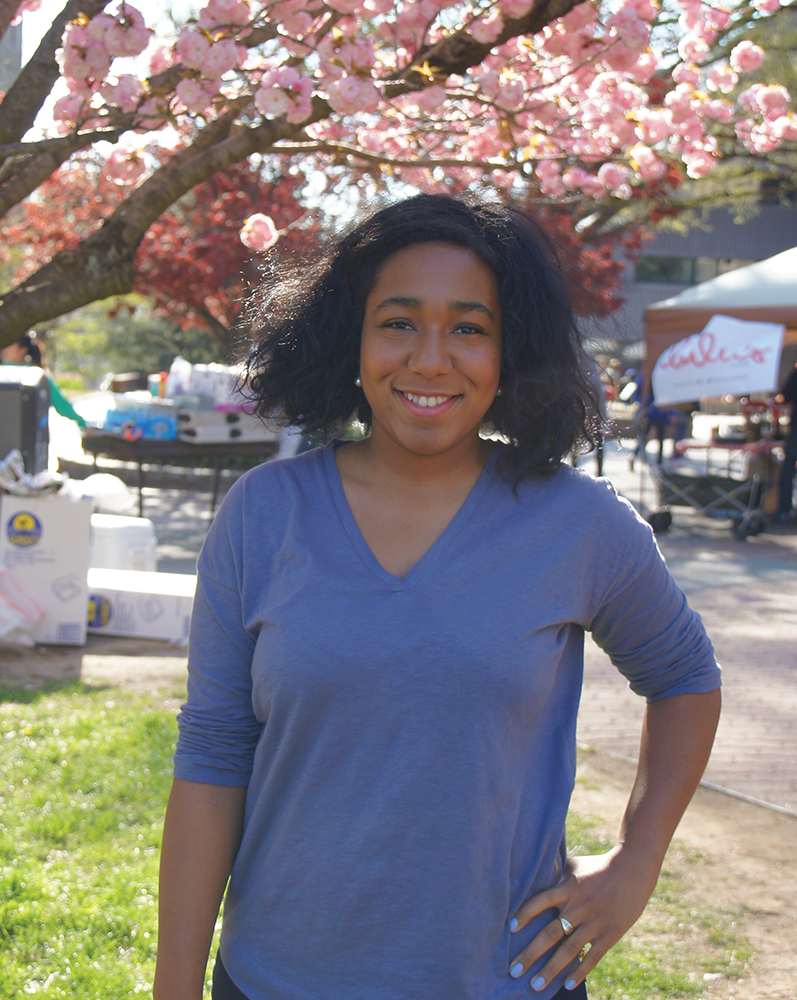 Amanda Wynter (COL ’14) won the 139th annual Richard T. Merrick Debate Medal for the Philodemic Society this semester, becoming the first known woman to win the award. Wynter’s victory, coupled with the increasing female leadership of the society, demonstrates that the society — which was founded in 1830 — has deviated from the stereotypical “old boys’ club.”

“It was already really neat to be another woman representing [the Philodemic] population on campus,” Wynter said. “To win … was a lot less for me and more for the idea for plurality and that we have a number of good speakers that look very different in all different ways.”

The Merrick Debate, which took place April 12, marks the culmination of the spring semester, with keynotes delivered by the four Philodemicians with the highest accumulation of points from weekly debates.

The honor dates back to Sept. 24, 1874, when Richard T. Merrick, a prominent Washington, D.C. lawyer and the son of a former Philodemician, donated 18 shares of railroad stock to the university for the purchase of the Merrick Medal. Today, the Merrick Medal is the only non-academic award medal that can be worn during graduation.

A January all-society vote determined the theme for the debate, “Resolved: Certainty is a worthwhile pursuit.”

“We reach out to people both at Georgetown and in the greater D.C. community who are accomplished,” Philodemic Vice President Anna Hernick (SFS ’16) said. “We try to get ideological diversity and people who bring unique experiences, especially in the realms of philosophy, politics, the things we love to talk about. That’s really fun because we get to bring a lot of interesting people to Georgetown.”

The judges are not announced until the day of the debate, and deliberations are also kept secret. In order to win, a student must exemplify the Philodemic Society’s motto of “eloquence in the defense of liberty.” Wynter delivered her keynote against contenders Jacob Arber (SFS ’14), Peter Prindiville (SFS ’14) and Patrick Spagnuolo (SFS ’14) and said that she respects them as speakers and friends.

“It’s always a hard decision, because everyone’s an amazing speaker,” Wynter said. “It was funny because I had kind of resigned myself to ‘these are three of my best friends not only in the Philodemic but at Georgetown,’ and it was kind of like anyone’s game.”

No alumni can remember a female winner in the recent past, since at least 2000. This summer, Philodemic President Chris DiMisa (COL ’15) plans to go through the archives in Lauinger Library’s Special Collections, as they are currently closed for renovations.

Nonetheless, Wynter’s success reflects changes that have been taking place over the past few years in the society, which is often stereotyped as an old boys’ club. Emma Green (COL ’12) was the last woman to speak at Merrick in 2012, but otherwise men have dominated the event. According to Wynter, this gender gap has been closing within the society.

“Other than that it’s always white males — nothing wrong with that of course — but I think the Philodemic has a bad rep as being an old boys’ club,” Wynter said. “Since our freshman year, [the other senior females and I] have really seen it grow as a place that women feel comfortable, as a place where all kinds of minorities feel comfortable.”

Hernick agreed that the Philodemic Society has changed and no longer reflects its stereotype.

“It’s probably the most inclusive group of people I’ve encountered at Georgetown, just in terms of any aspect you could think of from gender to political beliefs to religious beliefs,” Hernick said. “There’s really been a focus … of welcoming in different perspectives and different people. [The old boys’ club stereotype] is almost not even a consideration anymore. It’s more just something people reference as being from the past.”

Grace credits Wynter and the other females in her class for this shift.

“There were a lot of fantastic women in [Wynter’s] group and two years above her that really said, ‘If you truly want to be the forum for debate on a campus, you can’t only have certain voices speaking,’” Grace said.

Wynter said this trend started with the women in the classes above her, especially Allison Wagner (SFS ’11), who was president in 2010.

DiMisa said that he is more excited about what Wynter’s victory says about her speaking ability, although he is proud of the direction in which the society is heading.

“I think that really, at the end of the day, the question for me is who is the best speaker?” DiMisa said. “Seeing Amanda win was fantastic, as not only the first woman but the fact that she gave one of the best speeches I’ve heard. … I’m very proud of the society and very happy with where we are and looking forward to the future, but I think Amanda is absolutely one of the best Philodemicians we’ve had.”

Wynter said that she hopes that her legacy helps to open Philodemic to anyone who wants to be a part of it.

“I know that the popular conception when people hear Philodemic is either stuffy old people or just a bunch of men, but the beautiful thing is that it has become a place for all people to thrive, all people who look completely different,” she said. “I think it was awesome to win Merrick and I’m still really excited about it, but I think the more important thing is that it adds another level of accessibility to say that this too is not an impossibility.”