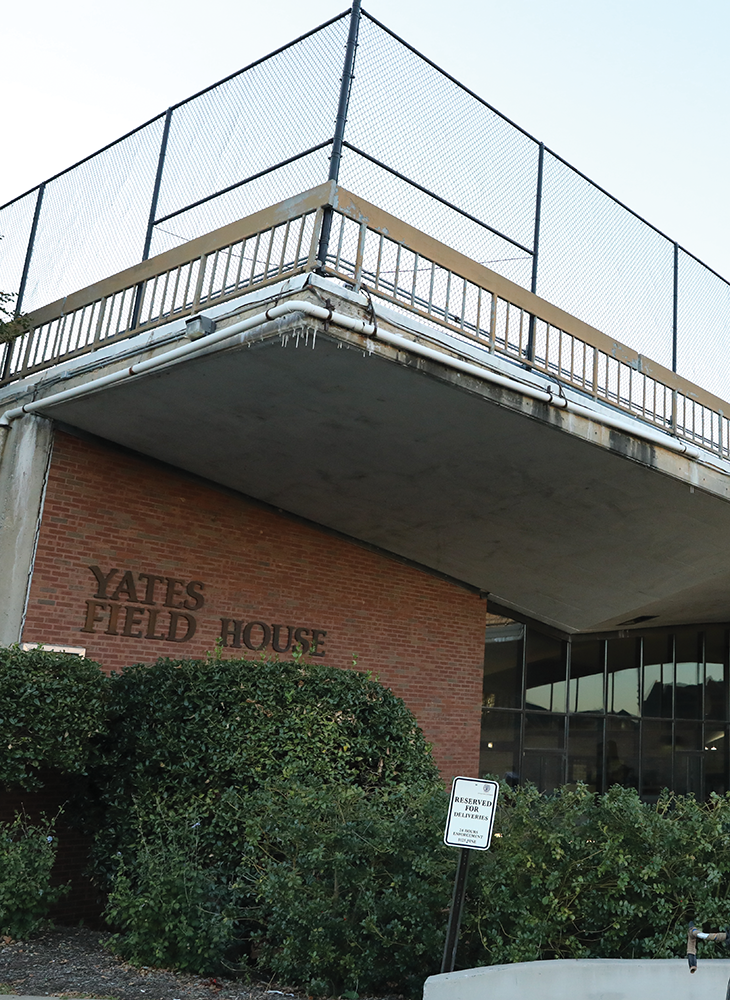 Yates collaborated with the Student Health Advisory Board, Georgetown University’s Veterans Office and the McDonough School of Business MBA program to organize and host the event. Dog Tag Bakery served as an official sponsor and donated baked goods.

With a capacity of 85 students, faculty and members of the administration, the blood drive registration reached capacity well before the actual day of the drive, according to Yates Field House Director Meghan Dimsa. Hoyas turned up in such high volumes to donate blood that the Red Cross’ registration server crashed and many donors had to be turned away.

“We had one complication that I am extremely proud to share,” Dimsa wrote in an email to The Hoya.  “The interest from the Georgetown University Community completely crashed the American Red Cross registration site.  Our students, faculty, and staff truly stepped up, and we are grateful!”

Though not all were able to donate today, there will be another blood drive this fall taking place in the Leavey Center, according to Hannah Lee (GRD ’19), one of the organizers of the blood drive. Lee added that many of the donation slots would be filled with the donors who had to be turned away from Tuesday’s blood drive. According to her, the unexpectedly high turnout has sparked discussions to add more blood drives to the calendar for this year.

“Due to the massive success of this drive, the Yates team and I are discussing making this event biannual and combining forces for a spring blood drive,” Lee wrote in an email to The Hoya.

SHAB began to look into the possibility of holding a large blood drive on campus last spring because they thought there were large numbers of students and faculty that wanted to donate, according to the Assistant Vice President of Student HealthVince Winkler Prins.

“Blood donation on campus has been going on for a long time, some of it organized on main campus through the Hoya Blood Donors student group and some of it on the medical campus,” Winkler Prins wrote in an email toThe Hoya. “We felt that we could go bigger with events targeting faculty, staff and students and a communications campaign to support it.”

The SHAB selected Yates to host the blood drive because Yates Fieldhouse Director Meghan Dimsa sits on the advisory board and offered for it as a possible location for the event.

Though SHAB initially conceived the idea, Winkler Prins said Yates’ staff contributed significantly to the actual development of the project.

“The student health advisory board developed the vision and the good people at Yates were responsible for developing the partnership with the business school and the veterans’ office,” Winkler Prins wrote.

Lee wrote that she wanted to provide a venue for Hoyas who wanted to donate blood, but may have had trouble finding one.

“I just wanted an easy way to donate. In Florida, I can easily run into a Red Cross whenever I go back to my hometown. However, blood drives in the D.C. area are less visible,” Lee wrote.

Blood drives used to occur twice a month in Bulldog Alley due to the efforts of Georgetown student group Hoya Blood Donors, an organization established to promote blood drives on campus. However, since the organization’s dissolution last year, blood drives no longer occur with such frequency.

The group suffered greatly from its inability to recruit new donors, Maria Jose Rivera (COL ’19), a former member of Hoya Blood Donors, wrote in an email to The Hoya.

“In the most recent years, the organization began to rely on these ‘regulars’ rather than try to incorporate more new donors by reaching out to the undergrad community. As a result, many people just never really knew that the drives were going on,” Rivera wrote.

Rivera wrote that the blood drive today benefited from the large coalition that supported it, and added that she hopes blood drives will start to occur more often again.

“I am very glad that a blood drive was held today, and that it was so successful in terms of recruiting donors. It also benefitted from lots of faculty support and outreach to the grad community,” Rivera wrote. “I would love to be able to coordinate blood drives more than once a year, as I think the Georgetown campus is a great place to find donors and volunteers.”