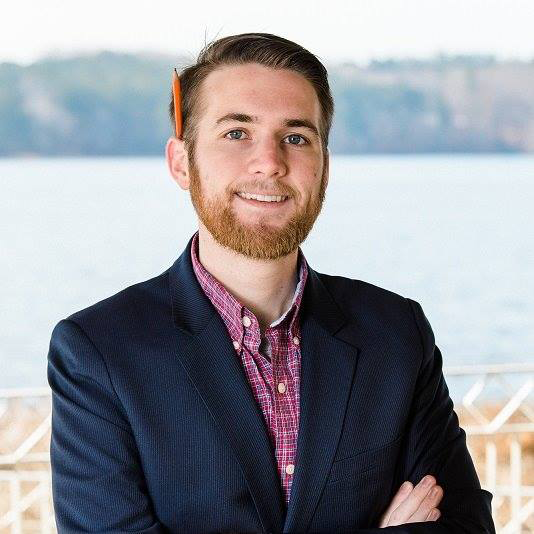 When Kyle Rinaudo (SFS ’17) threw his cap in the air last May to signify the end of his undergraduate education, he had no idea he would soon be running to represent Georgia’s 35th District in the state House of Representatives. If elected, the 21-year-old Acworth, Ga. native would become the state’s youngest representative and first Democrat in nearly two decades to represent his community.

Lackluster job opportunities led Rinaudo to consider alternate career paths as he looked for professional ways to serve his community after graduation.

“The idea of making money for myself seemed very selfish of me, and none of what I had applied for really worked out,” Rinaudo said. “What I really wanted to do was get involved in campaigns here near my home.”

Rinaudo said that after asking around, he realized no one was running against incumbent Republican leader Rep. Ed Setzler, who has served the people of Acworth and Kennesaw for over 13 years. Setzler has run unopposed in the past several elections.

“Nobody was contesting [the seat], so I said I constitutionally am able, so I am going to do it,” Rinaudo said.

He credits both religion and his mother for initially pushing him to take leadership in his community.

“My principles and my policies were formed from two places,” Rinaudo said. “My church and my mother.”

Georgetown’s focus on Jesuit traditional beliefs also helped shape who he is today and his decision to run, Rinaudo explained.

“Whenever people ask me ‘What was your favorite part about Georgetown?’ it is the Jesuit community there,” Rinaudo said. “Getting to know them as chaplains or just people walking around on campus [and] their preaching of the God’s service every day is what really made a big impact on me.”

Despite his focus on international affairs during his time in college, Rinaudo said he has always been interested in government in general, which drove him to become more involved in domestic politics. He credits one of his favorite authors, Krista Tippett, for inspiring his campaign.

“American journalist, author and philosopher Krista Tippett, who I absolutely adore, mentioned that big change does not happen in huge, cataclysmic moments,” Rinaudo said. “If you want the world to change, you want them to change in little tiny bits, and we cannot expect somebody else to be the person doing this change.”

“It’s no secret that a government of incumbent politicians for almost two decades has not been able to accomplish a whole lot,” Rinaudo said.

Rinaudo and his team released a video at the beginning of the month outlining his platform. He said he would focus on health care, public school funding and transportation if elected to the position — issues he believes are important to residents of his district on both sides of the aisle.

Fr. Christopher Steck, S.J., who knew Rinaudo from his time as an residential assistant in New South Hall, praised him for his compassion and positivity.

“Kyle loves engaging people — in conversation, in debates, in negotiations to resolve issues,” Steck said. “He is extremely bright and knowledgeable about local and world affairs. He always has a smile on his face and exudes enthusiasm.  Being an RA is a tough job. He was wise and compassionate in dealing with the various issues and concerns that arose on the floor and never let them dampen his positive spirit. I think he’ll do great.”

While it is unusual for someone as young as Rinaudo to run for office, he sees his candidacy as an opportunity to make a difference in his community.

“The only thing that matters is doing the most good you can given the situation that you have,” Rinaudo said. “It does not have to be a humongous act, but it is the little tiny change that matters. If nothing else, Georgetown reinforced that for me. If we want to see good happen, we have to be the ones doing it.”